On Nov. 27, esteemed singer/songwriter Jesse Colin Young will release Highway Troubadour, a new album of reimagined songs from throughout his career. The project provides a fresh take on some of the material that put him on the map years ago with the Youngbloods and beyond, and is his first truly acoustic solo album since his 1964 debut, The Soul of a City Boy.

Young recently shared his new single, “Sugar Babe,” as a preview of Highway Troubadour. The song was originally a single from the Youngbloods, and it now has a special acoustic re-imagining as part of this project. Here’s a music video:

Said Jesse Colin Young of “Sugar Babe” in a statement:

“I found some lyrics in an old book of American folk songs … a bawdy love song. They were an entrance into a life in the rural south that I knew nothing about. But, I went there in my imagination and started this song while I was still in school. It’s been with me the whole way.”

And of the Highway Troubadour project as a whole:

“Highway Troubadour is not only a return to my roots, but the beginning of a surprise adventure of solo performing,” said Young. “I have begun to take guitar playing to a whole new level while revisiting my decades of musical catalogue.”

“Sugar Babe” is the second single from the album, following a fresh version of “Cast a Stone” (from Young’s 2019 album Dreamers):

In addition to everything else going on, Young will host two live stream concerts coming up this week — the first, on Thursday, Nov. 19 and the second on Saturday, Nov. 21, both via NoCap: 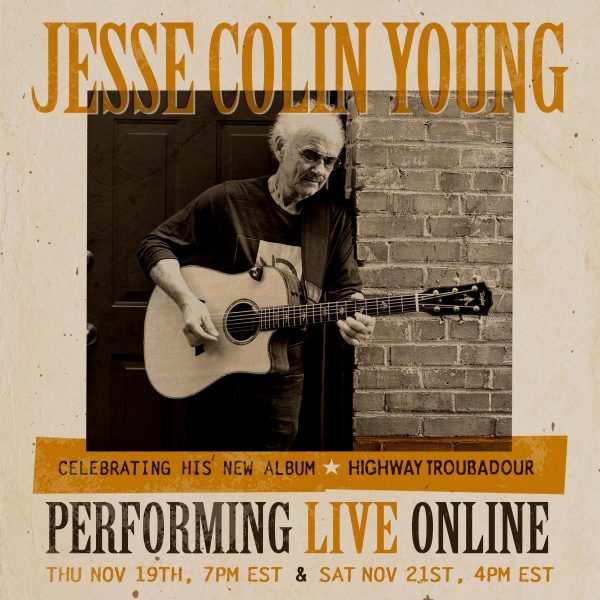 In October 2019, Jesse Colin Young paid a visit to Rock Cellar HQ for an edition of our RockCellarTV one-on-one interview series. Here’s our exclusive video interview: