Jeff Buckley was something truly special. Like so many others have said, I knew it the first time I saw him.

Jeff was a newcomer to the New York City music scene in the early 1990s, when I was doing my own thing, playing the same clubs and chasing many of the same players and A&R guys.

Well, I chased them. It was easier for Jeff. Sure, he struggled like the rest of us, but in many ways, everyone seemed to come to him. And rightly so. Jeff was the sort of performer who lit up even the smallest room. At Sin-é, the intimate “unplugged” club on St. Mark’s Place in New York City, where I first saw him and where he cut his teeth, Jeff’s shows felt as though he was destined for Madison Square Garden, even in his earliest, tentative performances.

Not all that long after that, at Wetlands, the infamous Tribeca club, he was clearly a star in the making.

It wasn’t long before I graduated to the China Club, the Viper Room and Bottom of the Hill. It felt as though I’d made it. Then Grace hit the record store shelves. It was magnificent, elegiac, glorious. Jeff had made a record for the ages. Something I could only dream of making. What would follow, all of us in the New York City music community wondered? What could follow?

“How did this person exist on this planet and I didn’t know?” Tiffanie DeBartolo, author of the recent graphic novel, Grace: The Jeff Buckley Story, asks rhetorically of her first encounter with Buckley’s debut after his untimely death in 1997. “I remember putting it on, and hearing Jeff’s voice, and starting to bawl. I don’t know why, but there was something in his voice and in his music that touched me so deeply. I know that sounds corny, but that’s my experience with music. There are certain artists who come along and hit me so hard and never let go. Jeff’s music did that to me.”

That was Jeff’s power. He drew you in, in a complete and intimate way, whether he was standing in front of you, or you were on a plane, like DeBartolo, or in your college dorm room, 2,000 miles away, like Krissy Teegerstrom.

“I remember playing it in my tiny college dorm room and falling inside of it, as if it were a whole world,” Teegerstrom, host of the Beyond + Back podcast, recalls of discovering Grace in 1994. “It was intoxicating, transportive, like nothing I’d ever heard before. I played it endlessly. This was pre-internet but I soon connected to other fans via a text-based mailing list and we would trade bootleg cassettes all over the world.”

A few months later, I went to a taping of a radio show at Sony Studios, long-bootlegged and now available officially, and watched the guy I’d seen on the cramped Sin-e stage and at my local bodega morph into a full-blown rock god. It wasn’t unexpected, and I wasn’t even jealous. He was too good and otherworldly to be jealous of. In fact, in that moment, it all seemed inevitable.

“No one had ever sung like him,” Teegerstrom says. “Others have possessed the same wide vocal range, but no one ever used their voice like he did. His flow between a feminine falsetto and a growl, his ability and style was utterly unique. He always gave credit to his heroes, which is how I heard about Nina Simone and Nusrat Fateh Ali Khan. So many singers have been influenced by him, but he did it first. He never sang a song the same way twice. He sang as though he was channeling the divine, always in the moment. His devotion transported the listener.”

I recently came across a cassette of one of my performances at Sin-é. I was breaking every rule in the club’s book: I had a full band — bass, drums, keyboards and a couple of guitars — crammed onto the space that acted as the stage. The manager wasn’t happy. There were the usual A&R folks who always popped by. On the recording, I clearly call out excitedly to the legendary poet Allen Ginsberg, who lived nearby, when he joined the reverie. But in my mind’s eye I can see Jeff there, bobbing his head to the music and winking in my direction before heading off into the night.

“I think there was a spirit in Jeff that translated to his music,” DeBartolo says, trying to put into words the magic of Buckley’s legacy. “He’s painted as this brooding guy, but he was so full of life. He had his dark side, for sure. But in reading his journals and talking to people he was close to, I got the picture of a guy who was really funny and focused in what he set out today. That humanity, and that connection to his own spirit and love and his art, and how he translated all that into his music, because he was so open, that transcends what a lot of artists are capable of.”

That night was the last time I saw Jeff. The seven digital re-releases, expanded albums (I actually adore the posthumous, oft-maligned Sketches For My Sweetheart the Drunk) and new and old live albums only remind me of what we lost; something that I luckily got to see close up.

“Art to me can be at best a divine, devotional experience,” Teegerstrom says. “Jeff proved that and lived it in a deeper way than most musicians ever will.”

“He turned to music as a salvation, and found so much in it, that I think he felt he had to give back,” says DeBartolo, clearly in agreement. “But, more than anything, I think there are people in the world who have a little bit of magic in them, and Jeff was one of them.”

So dig in, because performers like Jeff Buckley only come along once or twice in a lifetime, and as scant as the evidence of what he might have achieved is, it’s worth digging in to what there is, and being transported to a world that only Jeff could imagine. 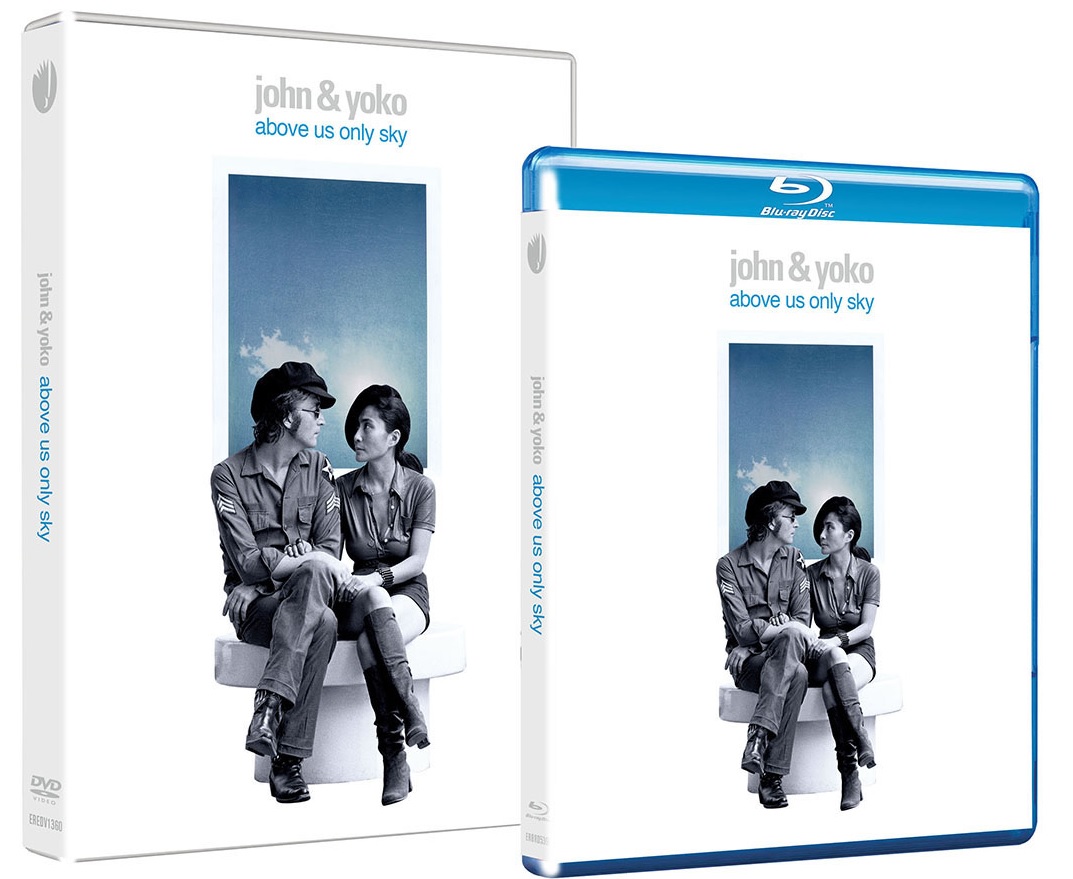 Q&A with Michael Epstein, Director of the John Lennon + Yoko Ono Documentary ‘Above Us Only Sky’

Debbie Harry on Writing Her New Memoir, Blondie’s Old Days in NYC and Her View of the World (The Interview)