In early 2020, legendary singer/songwriters James Taylor and Jackson Browne revealed plans for a U.S. tour together, but then the COVID-19 pandemic hit. The tour was thrown into jeopardy — but wasn’t cancelled — and today, the news came down that the outing has been pushed to start in July 2021.

A message was posted to Taylor’s website and social media channels thanking ticketholders for their patience during the period of uncertainty:

“Jackson and I want to thank all those who have graciously held onto their tickets; we appreciate your continued patience as we navigate these unchartered waters. We didn’t want to have to cancel this tour that we’ve been waiting so long to perform together, so we’ve been working to get these dates rescheduled to a time period when the U.S. is reopened and safe to gather for a concert. Of course we will be keeping a close eye and abide with all health and safety protocols throughout each venue and state. We can’t wait to get back on stage and see you out there soon.”

All previously purchased tickets will be honored for the same city/venue on the dates listed on the Schedule page, but please contact your point of purchase for a refund if you are unable to attend. JamesTaylor.com presale customers should have already received an email about the new dates. If you have any difficulty please write to James’s team.

(1/2) James's #USTour with @JacksonBrowne has been rescheduled to begin in July. https://t.co/2LA4O8r4KV
All previously purchased tickets will be honored, but please contact your point of purchase for a refund if you are unable to attend. #JT #JamesTaylor pic.twitter.com/kbLy8v9y7O

James and Jackson Browne announced today that their US tour has been rescheduled to begin in July 2021. Please see the tour page for the full list of new dates.https://t.co/vEuEDkvKhX pic.twitter.com/6zDmqPZ9OS 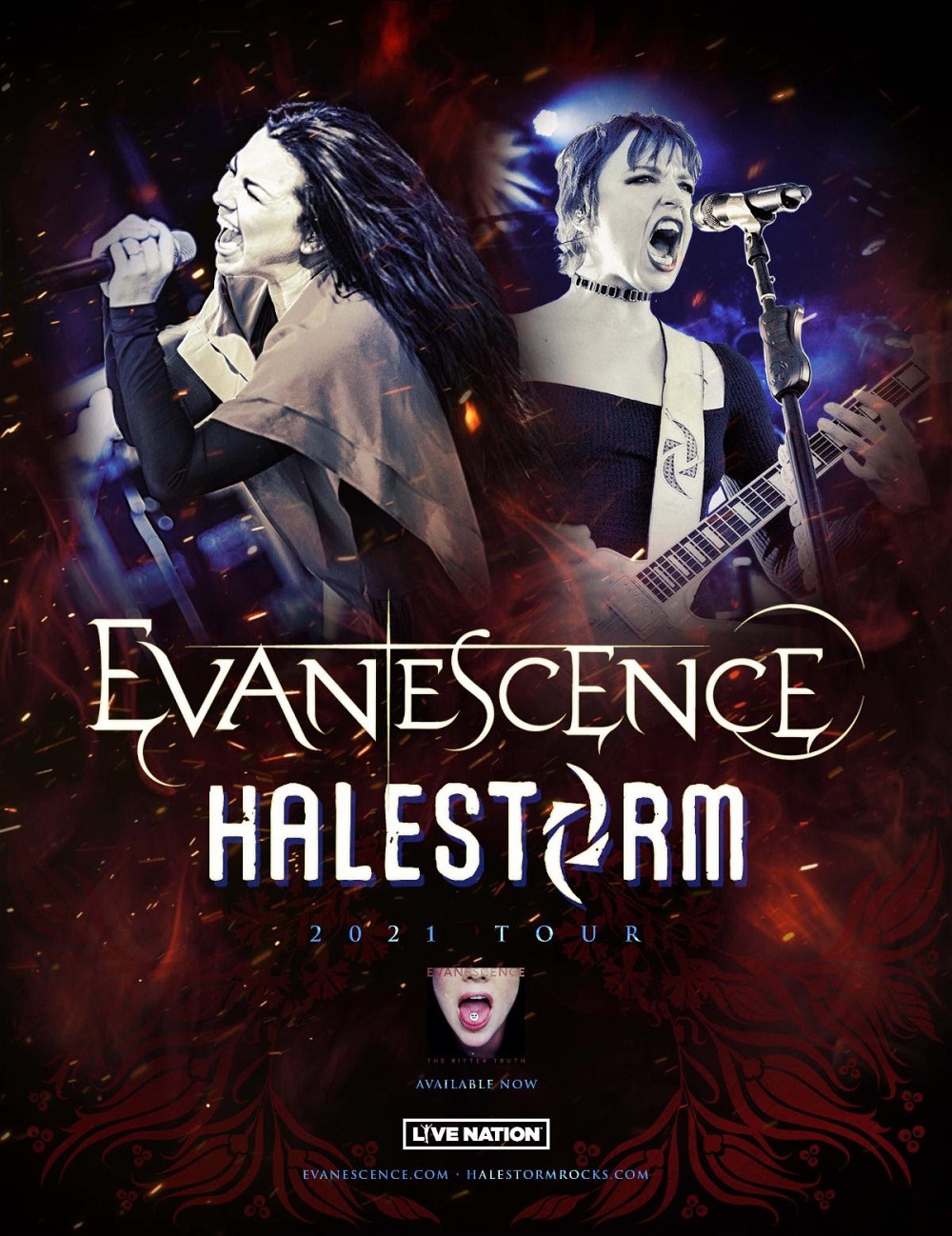 Evanescence + Halestorm Teaming Up for U.S. Arena Tour in the Fall (Tix On Sale 5/14)