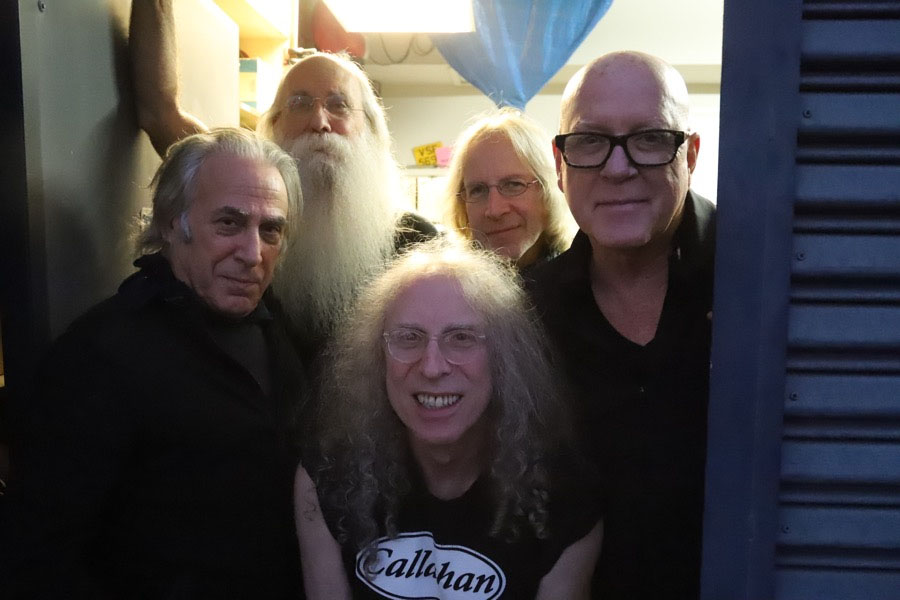 The song is called “Cruel Twist,” and was announced this week. It will be premiered on June 12 as the first single from the group since signing with Quarto Valley Records.

When released, “Cruel Twist” will be the first release by the Immediate Family in the United States, Europe and South America, though they have previously released music in Asia and Japan.

If you’re reading this and are still wondering who the Immediate Family is, well, this blurb ought to help clear things up:

The Immediate Family (the modern iteration of a legendary studio ensemble known as “The Section”) is a rock and roll band composed of four of the most recorded, respected and sought-after players in modern music: Danny Kortchmar (guitar and vocals), Waddy Wachtel (guitar and vocals), Leland Sklar (bass), Russ Kunkel (drums) and the addition of prominent touring, session guitarist and songwriter Steve Postell (guitar and vocals). Frequent collaborators both in the studio and on-stage, their work can be heard on albums from Jackson Browne, James Taylor, Linda Ronstadt, Stevie Nicks, Keith Richards, Warren Zevon, Graham Nash, Neil Young, David Crosby and many, many, many more. Kortchmar, Sklar and Kunkel have worked together since the early 70s and made up three-quarters of The Section, best known for both their studio and live work in support of some of the top selling singer/songwriters and solo singers in the history of music, as well as their own acclaimed instrumental albums. (By mid 70s, they were later joined by Wachtel). Collectively, these musicians helped define the sound of a generation.