Green Day sure have been busy since the release of their new album Revolution Radio.
In addition to shows across the country, the band also paid a visit to Jimmy Kimmel Live on Monday for two performances: first, of the album’s single, “Bang Bang”:

And then the title track, “Revolution Radio”:

Their appearance came just after making headlines for a performance at the American Music Awards, also of the song “Bang Bang,” but with a rather aggressive anti-Donald Trump message delivered by front man Billie Joe Armstrong:

Check out their slate of tour dates below, and stay tuned for any further headlines they may get up to in the coming weeks/months:
[bbit bandname=”Green Day”] 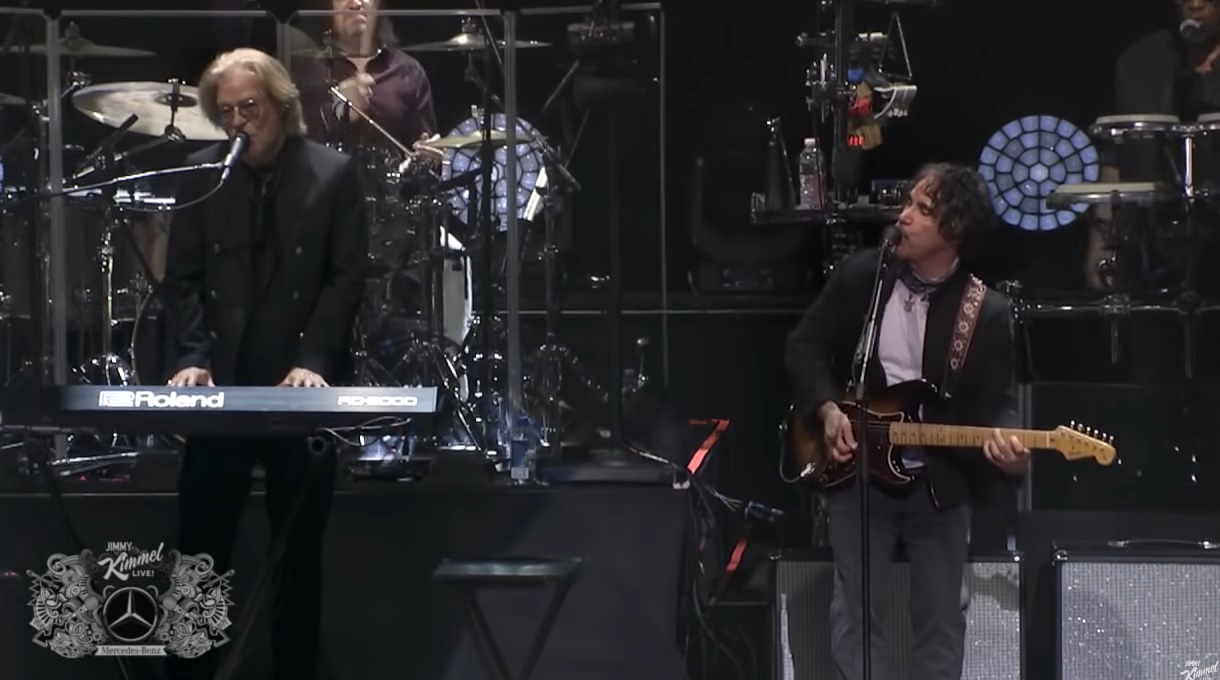