(ENTRY CLOSED): Enter for a Chance to Win a Jimi Hendrix ‘Live in Maui’ 2-CD/Blu-ray Set 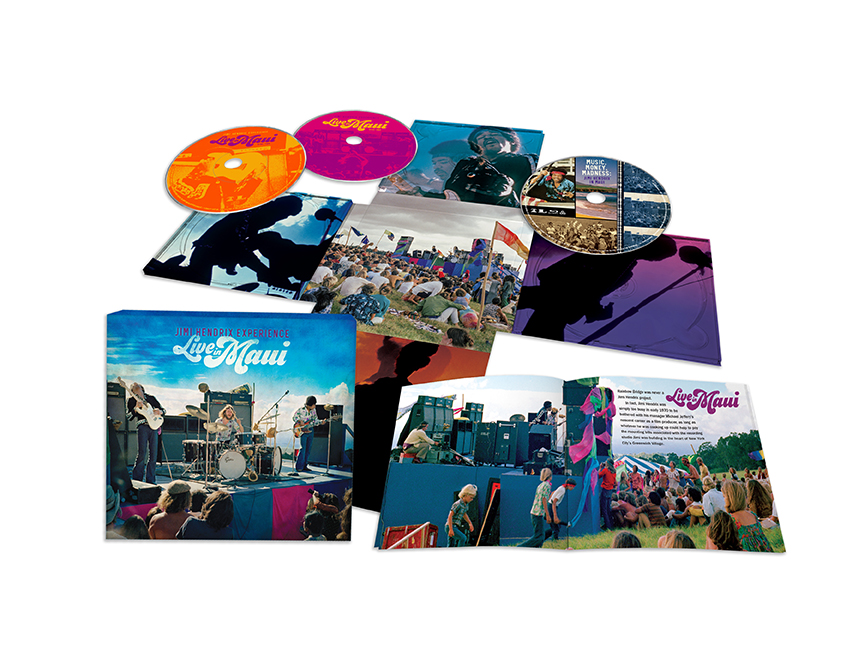 The entry period is now closed. Thank you!

On Nov. 20, the Jimi Hendrix vaults will open for another archival release — this time, Music, Money, Madness . . . Jimi Hendrix In Maui, capturing the Jimi Hendrix Experience and its trip to Maui in July 1970 for a pair of performances, released as both a documentary film and a live album.

Rock Cellar is excited to offer up a 2-CD/Blu-ray edition of the Live in Maui release to one (1) lucky winner of our new giveaway.

New and existing Rock Cellar subscribers, enter the giveaway by joining the Rock Cellar Community below — and good luck!

**Note: By entering this giveaway, you consent to being subscribed to the Rock Cellar Get Up to Speed newsletter. You may unsubscribe at any time. Stay tuned for further news regarding more upcoming giveaways soon!**

Some additional details about the Live in Maui set, from our Rock Cellar Store (where you can also purchase a copy if you so choose):

Experience Hendrix announces a brand new collection that couples the new feature length documentary Music, Money, Madness . . . Jimi Hendrix In Maui with the accompanying live performances on both audio and video. The film chronicles the Jimi Hendrix Experience’s storied visit to Maui, and how the band became ensnared with the ill-fated Rainbow Bridge movie and incorporates never before released original footage and new interviews. The Blu-ray will include the full documentary film plus all the footage from the two afternoon performances captured on July 30, 1970 mixed in both stereo and  5.1 surround sound.  Also included in the package will be Live In Maui – A two CD set featuring Hendrix, Billy Cox, Mitch Mitchell at the height of their playing powers, newly restored and mixed by longtime Hendrix engineer Eddie Kramer.

Giveaway open to residents of the continental U.S. only. Giveaway begins Nov. 4, 2020 at 11:00 a.m. PT and will end on Dec. 4 at 11:00 a.m. PT. The winner will be randomly selected. The winner will be contacted by email. This giveaway is in no way endorsed, sponsored, or administered by Experience Hendrix. By entering, you confirm you are 18+ years of age & agree to these terms of use. Void where prohibited. No purchase necessary. Thank you for entering!

For full details/terms and conditions regarding this giveaway, click here.