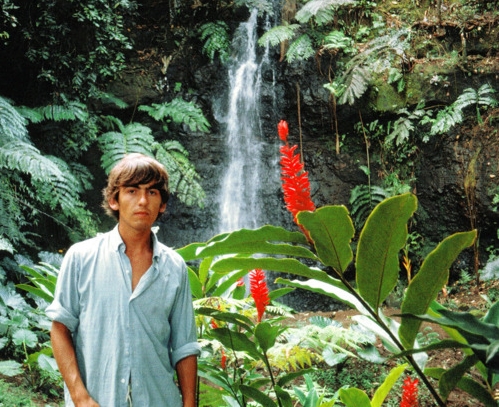 Whenever a popular song is played over the speakers at a political event, it lends itself to the possibility of the artist speaking out against said use – which is exactly what happened with George Harrison‘s estate on Thursday night, just a few days after Third Eye Blind made headlines at a nearby benefit gig.
With the RNC taking place in Cleveland and Donald Trump officially accepting the party’s presidential nomination, Here Comes the Sun was heard at the arena at one point during the evening. This prompted the following tweet from Harrison’s Twitter account:

The unauthorized use of #HereComestheSun at the #RNCinCLE is offensive & against the wishes of the George Harrison estate.

After all, George was the principal songwriter for the classic Beatles tune. But, the account didn’t stop at the above message, instead using the opportunity to make a jab at the GOP:

If it had been Beware of Darkness, then we MAY have approved it! #TrumpYourself

Harrison’s people weren’t the only artists or representatives speaking out about song use at the RNC, as Queen did the same thing in response to We Are the Champions playing earlier in the week:

An unauthorised use at the Republican Convention against our wishes – Queen

As did Paul Rodgers on behalf of Free‘s All Right Now:

Permission to use "All Right Now" was never sought for or granted by me. My lawyer is dealing with this matter. – Paul

This may be a common phenomenon, copyrighted songs being played in public forums like this, but that doesn’t mean the artist has to put up with it — instead, we see reactions such as these on a regular basis thanks to social media.