Home / Garbage Debuts Stark Mixed-Media Video for “Wolves,” from New Album ‘No Gods No Masters’ Out 6/11

Garbage Debuts Stark Mixed-Media Video for “Wolves,” from New Album ‘No Gods No Masters’ Out 6/11 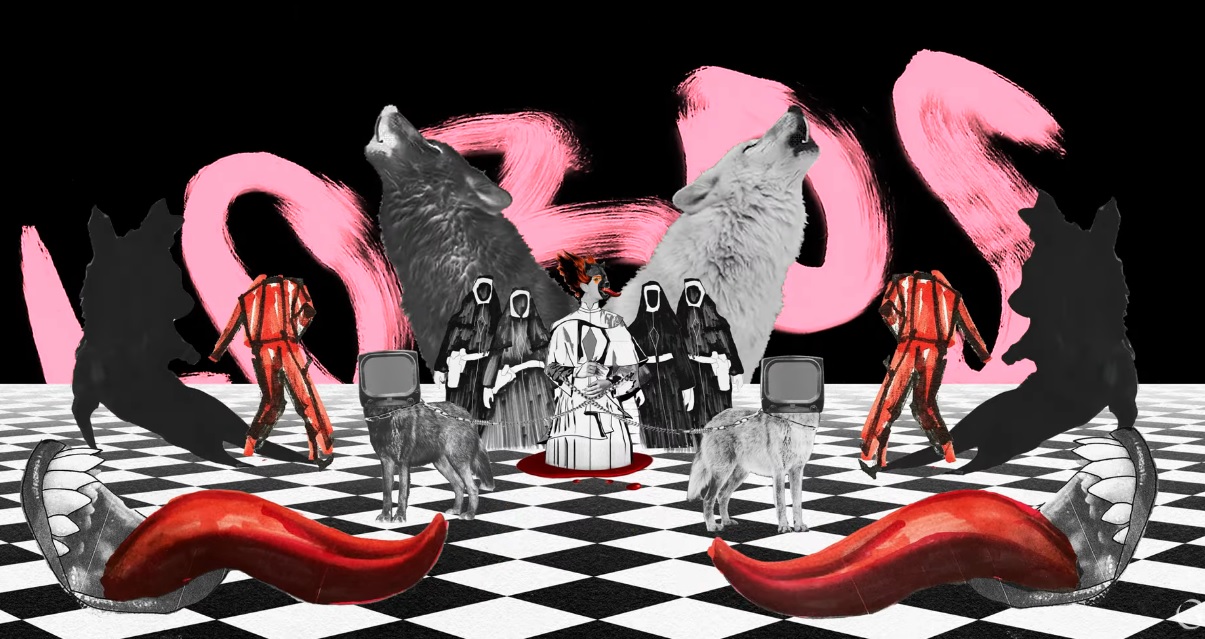 Shirley Manson, Butch Vig and Garbage have been previewing a new record in recent weeks with a few songs, and the latest, “Wolves,” debuted on Wednesday. No Gods No Monsters is due out June 11, and will be the first Garbage album since 2016’s Strange Little Birds.

Another powerful slab of industrial-tinged alt/rock, the song premiere was accompanied by a stark mixed-media music video from Chilean director/animator/painter Javi.MiAmor:

“This song reminds me of my younger self, when there were two sides to my personality,” said Manson of the song. “I hurt so many people in my life, both knowingly and unknowingly, I’m sure. But when you’re young and in self-survival mode, much like a baby rattlesnake, you have no idea how strong your venom is. But it has the power to kill. You’re just out there having fun. This song is an ode to that idea of: Who are you going to be? Are you going to be a cunt, or are you going to be a good force in the world? This is the pop song off the record.”

“Wolves” joins the album’s title track, which the band debuted with a performance-based music video:

And the charged “The Men Who Rule the World,” the first song shared from the album:

Said Manson of the new record in a statement:

“This is our seventh record, the significant numerology of which affected the DNA of its content: the seven virtues, the seven sorrows, and the seven deadly sins. It was our way of trying to make sense of how fucking nuts the world is and the astounding chaos we find ourselves in. It’s the record we felt that we had to make at this time. Major thanks and kudos to the genius Chilean artist and film director Javi Miamor for the incredible visual accompaniment to our brand new song!”

A Deluxe Edition of the album will include a bonus disc featuring a collection of the band’s much loved covers released in the last eight years for Record Store Day, featuring Brody Dalle, Brian Aubert, Screaming Females and John Doe & Exene Cervenka as well as a cover of Bowie’s “Starman.”

And more about how the new record came about:

Produced by Garbage and long-time collaborator Billy Bush, the seeds for No Gods No Masters were planted in summer 2018 in the desert in Palm Springs. The quartet – Manson and bandmates Duke Erikson, Steve Marker and Butch Vig – convened at a home belonging to one of Marker’s relatives and sketched out the skeleton of the album over two weeks, jamming, experimenting and feeling the songs out. They then took those demos and went their separate ways before connecting in Los Angeles to finish the record.