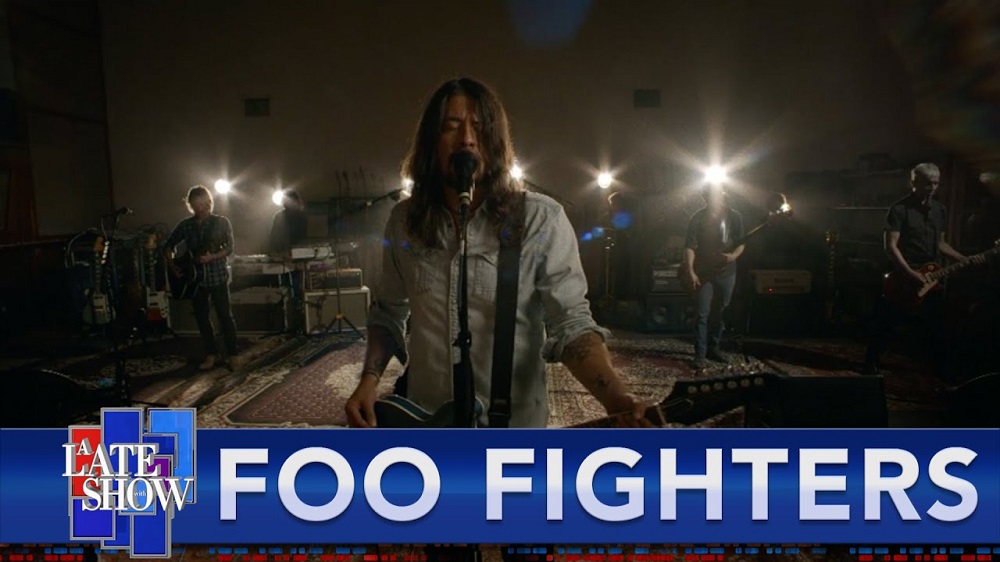 A double-dose of Foo Fighters news for you this Friday, Nov. 20: Thursday evening, Dave Grohl and the band shared a full-band performance of their new single, “Shame Shame,” for the Late Show with Stephen Colbert. Matching the song’s rhythm and slow creep, the clip is edited accordingly, and it’s pretty effective:

“Shame Shame” is our first preview of the Foo Fighters’ new album, Medicine at Midnight, which is scheduled to be released on Feb. 5, 2021.

This performance comes after last week’s live stream gig from the Roxy Theatre in West Hollywood and the music video premiere for the song, a heavily stylized clip directed by Paola Kudacki and co-starring Sofia Boutella and Dave Grohl himself, a black-and-white rendering of a recurring dream Grohl’s had since childhood:

In addition to the performance, Grohl also dropped some significant news in an interview with Colbert — namely, that he’s finally admitted defeat in his ongoing “drum battle” with 10-year-old drum phenom Nandi bushell.

“Sometimes you just have to concede defeat,” Grohl jokes while recounting his back-and-forth with Bushell, which has stretched on for months and entertaining video after entertaining video. He also discusses the bad luck the Foo Fighters have had in scheduling a number of 25th anniversary events in 2020, recording the new album in a haunted house and more:

The Foo Fighters have now performed “Shame Shame” a few times publicly, including its world premiere on Saturday Night Live earlier this month: