Home / Foo Fighters Bring Rock Back to the Forum in LA with Marathon Gig ft. Nandi Bushell and a Charlie Watts Tribute

Foo Fighters Bring Rock Back to the Forum in LA with Marathon Gig ft. Nandi Bushell and a Charlie Watts Tribute 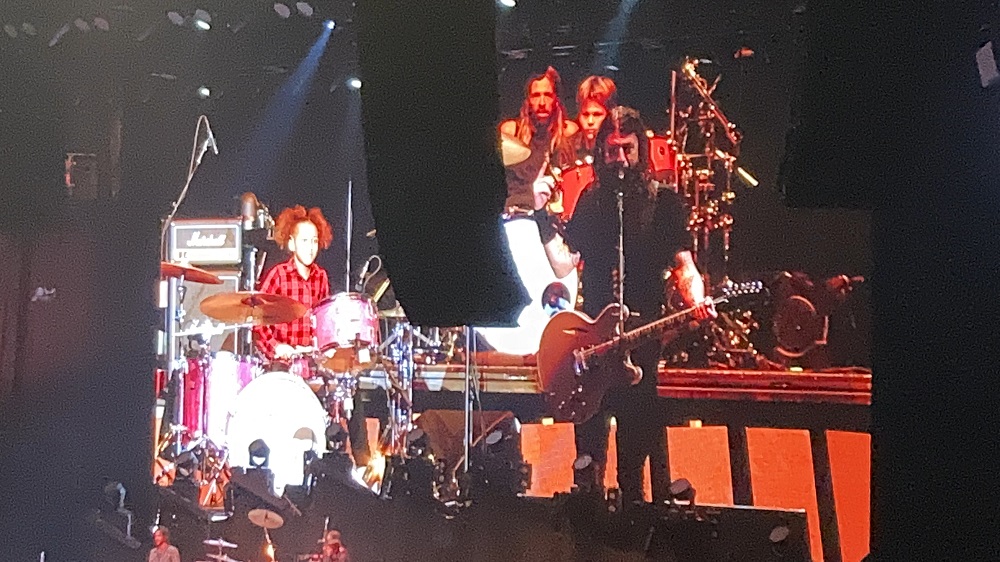 “I … I’m a one-way motorway,” sang Dave Grohl, slowly, with the lights dimmed at the Forum in Los Angeles on Thursday night, the gathered masses anticipating something great from the Foo Fighters during the band‘s gig, the rescheduled version of a rock and roll spectacle that was postponed from July 17 when a member of the band’s extended crew tested positive for COVID-19.

From the emotional tone struck by the powerful, resonant rendition of “Times Like These,” which swelled into a crescendo of excited fans as the introduction to the evening, you knew something special was in the air.

And, sure enough, by the time the final song, “Everlong,” rolled around, a second drum kit was rolled on stage, positioned adjacent to Grohl’s spot front and center.

.@foofighters ended their show at @TheForum tonight by welcoming @Nandi_Bushell to the stage, who played drums on Everlong – Dave Grohl said today was the first time they’d met in person after all those YouTube drum-off battles. #FooForum https://t.co/VQBPF1kOgV

It was the setup for an on-stage collaboration between the Foo Fighters and Nandi Bushell, the young drum phenom whose YouTube videos went viral around the world during much of 2020 — and facilitated some highly entertaining “drum-off” challenges between herself and Grohl. In a lengthy introduction to Bushell’s performance with the band on Thursday, Grohl noted that the day marked the first time he and Bushell had actually met face-to-face, as opposed to Zoom sessions virtual chats, which they did a few times throughout the previous series of videos.

“This person inspired me last year so much,” Grohl said during the introduction. “Because in a time where you would pick up your phone or turn on a computer and all you had was bad news, for that one day, you could pick up your phone and see this connection between two people that have never met. Making music together and spreading joy and love across the world. Ladies and gentlemen, would you please welcome the most badass drummer in the world: my new friend, Nandi.”

When it came time to play “Everlong,” the Foo Fighters’ enduring legacy track from 1997’s The Colour and the Shape — ordinarily an emotional experience that caps most Foo Fighters shows, its first half a Grohl solo performance before the band joins in for the finale — Bushell stepped in for Taylor Hawkins, who sat behind his riser with his son, watching the magic moment taking shape.

Bushell, given the chance to guest with the band in an arena setting, was more than up to the task, and it was quite a sight to behold:

Here’s a special side-stage view of the scene, courtesy of Bushell’s father:

That exciting finale was exclamation point to the evening, the long-awaited return of the Foo Fighters to the Forum stage.

Opening the show was Radkey, the three-piece band of brothers from Missouri with a decidedly garage-punk aesthetic, at times calling to mind a creative blending of Danzig, Queens of the Stone Age and Ramones. Earning the approval of Grohl, Radkey opened for several dates on the Foo Fighters’ recent tour, and were invited to play this Forum gig as well.

The Foo Fighters’ set list was mostly the same as Grohl and his colleagues performed on that current tour, heavy on hits and a small handful of deeper cuts — like “Aurora,” from There Is Nothing Left to Lose, as well as a couple album tracks from the band’s latest album, Medicine at Midnight.

But it was the singalongs that really captured the magic of the night. The call-and-response of “Best of You,” perhaps the band’s quintessential arena-ready anthem, bathed the entire arena in rapturous enthusiasm:

As usual with Foo Fighters gigs, Grohl was the ultimate showman, running back and forth across the stage with boundless energy, clearly in his element leading a packed arena crowd on his massive singalongs. Given everything we’ve all been through (and continue to experience) since the spring of 2020 due to the pandemic, there was a celebratory atmosphere washing over the proceedings, which made Grohl’s screams of “I never wanna die! I never wanna die!” in the Wasting Light track “Walk” that much more resonant.

2020’s pandemic shutdown took with it the Foo Fighters’ plans for a proper 25th anniversary tour, but this set list served as a trip through the band’s repertoire nonetheless, a victory lap of sorts touching on nearly every studio album released thus far. At one point, Grohl asked the crowd who had seen the band live before — earning tons of applause, obviously — before asking who in attendance was at their very first gig.

“Where the fuck you been, man?,” he jokingly asked those who responded in the affirmative. “26 years and you couldn’t make it to one goddamn show?”

One deviation from the tour set list saw the band pay quick homage to Rolling Stones drummer Charlie Watts, who passed away earlier this week at the age of 80. Grohl noted that, “I cried at the car wash,” when he heard the news of Watts’ passing. The tribute came after the Foos dove into their recently unveiled disco stage with “You Should Be Dancing,” the Bee Gees classic, for which a massive disco ball emerged from the ceiling above the floor section:

A brief, unrehearsed tribute to Charlie Watts from the @foofighters. “I cried at the car wash when I heard the news,” said Dave Grohl. #FoosForum #RIPCharlieWatts pic.twitter.com/TbfPQXeOyx

Of course, on the minds of many at this show was safety in light of the COVID-19 pandemic, which still hampers our collective way of life. The show had both a mask mandate and an entry requirement of proof of full vaccination or 48-hour negative COVID-19 test, and in a credit to the Forum’s staff and structure, security checks were more rigorous in that regard than you might otherwise expect.

Inside, ushers carried signs that reminded guests that masks must be worn at all times when walking around or not actively eating/drinking, and for the most part those in attendance seemed to follow the instructions. On the whole, everybody in the room was just happy to be experiencing a rock and roll show again, as entertained by Grohl and his band mates — as well as Grohl’s daughter, Violet, who has accompanied the band as a background singer for roughly the past year or so.

The end result of the night was a triumph for all in attendance. We’ve all waited a long time for an experience like the one the Foo Fighters provided on Thursday evening, and here’s hoping we can continue rock spectacles of this nature in the near future, without any more pandemic-related delays.

The Foo Fighters’ set list from the night, via Setlist.FM:

Times Like These
The Pretender
Learn to Fly
No Son of Mine
The Sky Is a Neighborhood
Shame Shame
Rope
Breakout
My Hero
These Days
Medicine at Midnight
Walk
You Should Be Dancing (Bee Gees cover)
Bitch (Rolling Stones cover, dedicated to Charlie Watts)
Somebody to Love (Queen cover) (Taylor on vocals, Dave on drums)
All My Life
Aurora
Best of You
Monkey Wrench
Everlong (Nandi Bushell on drums) 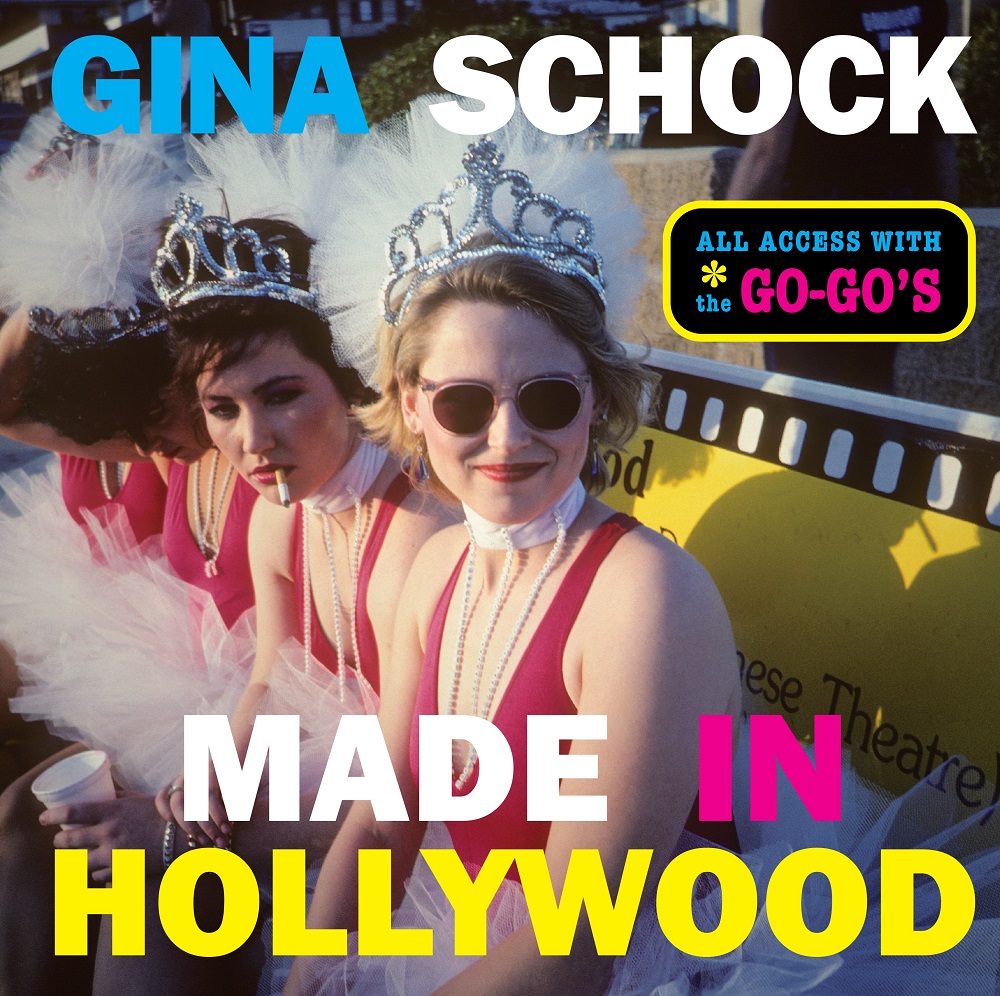