Home / Album Review: Foo Fighters Follow Through on the Promise of Something Different (with Surprising Results) on ‘Medicine at Midnight’

Album Review: Foo Fighters Follow Through on the Promise of Something Different (with Surprising Results) on ‘Medicine at Midnight’

The Foo Fighters warned you things would be different this time around.

The overall vibe and structure of “Shame Shame,” the lead single from Dave Grohl & the gang‘s new album, Medicine at Midnight, should have made that point quite clear. It wasn’t a riff-heavy rock anthem, instead a more subdued and darker bit of experimentation:

That should have been your first clue.

Back in May 2020, Grohl characterized his band’s new material as “our David Bowie Let’s Dance record,” also peppering in words like “groove” and suggesting that “It’s kind of like a dance record.” These were provocative concepts from the Foo Fighters, one of the foremost authorities on mainstream alt/rock for much of the past two-plus decades.

To know anything about Grohl is to know the man has myriad influences, from the aforementioned Bowie to rigid D.C. hardcore and beyond, and he’s shown his proclivity for branching out at numerous points in his career. With that in mind, it’s hardly surprising he and the band — guitarist Chris Shiflett, drummer Taylor Hawkins, bassist Nate Mendel, guitarist Pat Smear and percussionist Rami Jaffee — wanted to do something new this time.

And “try something new,” they did. For nine songs and 37 minutes, surprise is the name of the game, at least on a majority of the record. Take the opening track, “Making a Fire,” a choir of voices (including Grohl’s daughter, Violet) accentuating the cascading guitar licks and drums, building up to one of the album’s hookiest choruses, Grohl shouting I’ve waited a lifetime to live/It’s time to ignite, I’m making a fire. In another world, this was the lead single from the record, showcasing the Foos’ ability to venture into uncharted territory while retaining their own familiar identity.

Teaming up again with producer Greg Kurstin, who also aided with production on 2017’s Concrete and Gold, the Foo Fighters’ sound has been revamped to add in more “pop” sensibilities, which in this case leads to tracks like “Cloudspotter,”a head-bobbing mix of funky, disco/rock with a pre-chorus Jimi Hendrix shout-out (I need to know, but I don’t ask why/Refuse me while I kiss the sky). 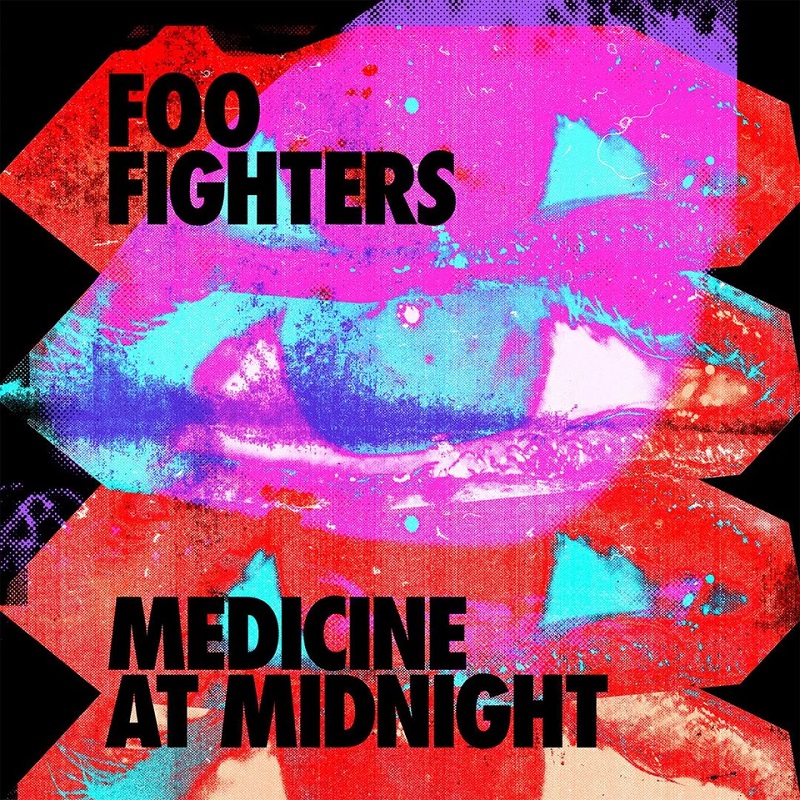 The title track has a click track, more funky guitars, cowbell, and the sort of driving-around-Los-Angeles under-the-moonlight vibe that almost serves as a subtle tribute to the late, great Tom Petty. There’s also a squealing guitar solo toward the final minute that adds to the song’s irresistible rhythm.

You want some synth? How about that and a snarling lead riff reminiscent of The Knack and Presidents of the United States of America’s “Lump”? You’ll get all of that, together, on “Holding Poison,” which also packs in ’90s-styled alt/rock elements, as well.

Of course, there are a handful of tracks that are more straight and narrow than the rest. “Chasing Birds” slows things down a bit, almost to “Walking After You” territory, while pre-release tracks “Waiting on a War” (arguably the most “classically Foo Fighters” song on the LP) and “No Son of Mine” hit their conventional “rock song” targets.

The album-capping “Love Dies Young” is perhaps the most concise blending of New Foo and Old Foo, so to speak, jagged guitars giving way to another triumphant, shout-along chorus from Grohl that should be a show-stopping arena anthem once concerts are allowed back into our lives (something we know Grohl is anticipating, too).

It’s a focused, and at times daring, listen from the Foo Fighters. They could have made another earnest album of standard, radio-ready rock songs, but where’s the fun in that? Where’s the spark? They set out with a specific focus with this one, and despite a few moments of overwrought indulgences (“Chasing Birds,” perhaps, and also maybe some of the choral flourishes), the surprises on most of the record ought to leave enough there to warrant repeat listens for fans.

2020 was the Foo Fighters’ 25th anniversary, and while the year — the anthesis of a “party” in every conceivable way — was a drag, Medicine at Midnight decidedly is not.

Dive in and have a blast.