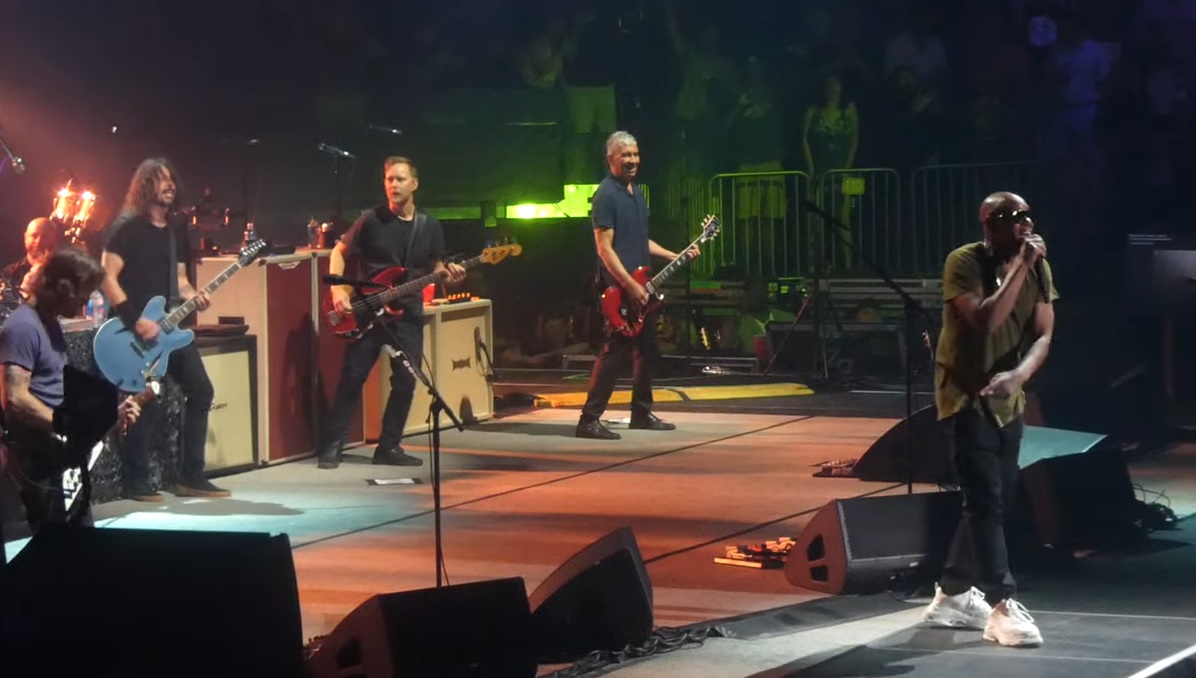 You truly never know what you’ll get at a Foo Fighters concert, but you know it’ll be something special.

This past Sunday night, Dave Grohl and the guys played a full-capacity concert at NYC’s Madison Square Garden, the first such live event at the famed venue since before the COVID-19 pandemic. The highly anticipated return to epic live concerts in the United States was the reason for the Foos’ tiny club gig in Southern California last week, a warm-up show for a few hundred lucky (vaccinated) fans that featured hits, a few deep cuts and more from the Foo Fighters’ lengthy discography.

WHAT. A. NIGHT!
Thank you NYC…. Rock is BACK! 🤘#FooFightersMSG

The actual NYC show featured many of those same songs and epic singalongs (more on that later) — but at one point, Grohl introduced a fellow Dave to the stage. While some may have assumed he would be calling up David Lee Roth (a known friend of Grohl and the Foo Fighters), it was none other than comedian Dave Chappelle who popped up on stage to … sing lead vocals on Radiohead’s “Creep.”

It was exactly as unexpected as it sounds, and perhaps even more entertaining:

Elsewhere in the Foo Fighters’ customarily epic night of entertainment, there were numerous moments that captured the full power of live concerts, something we all missed for so long due to the pandemic. Here’s an example, of “Times Like These,” which opened the set, Grohl accompanied by only percussionist/keyboardist Rami Jaffee until the rest of the band kicks in:

There was also a little disco. Consistent with the Foo Fighters’ recent announcement of a forthcoming Bee Gees tribute album billed as “The Dee Gees,” they slammed through a lively rendition of “You Should Be Dancing”:

By all accounts, the Foo Fighters’ Madison Square Garden reopening concert was quite a night. Here’s hoping we all get to experience something like this soon.