Home / Foo Fighters Share Cryptic Microphone-In-A-Bathtub Photo for the New Year — What Does It Mean?

Foo Fighters Share Cryptic Microphone-In-A-Bathtub Photo for the New Year — What Does It Mean?

As the clock barreled toward midnight on Tuesday night, New Year’s Eve, the Foo Fighters had a plan. And at the stroke of midnight ET, the band‘s social media pages shared this:

What could this mean? New music? At various points in 2019, there were things said about a potential new Foo Fighters album, the follow-up to 2017’s Concrete and Gold.

Drummer Taylor Hawkins (who released his own star-studded solo album with Taylor Hawkins and the Coattail Riders), said in August that Dave Grohl had already worked on “A Lot of Demos” for a new record, for example.

But the imagery of the mic stand in a bathtub — which could easily be a photo from a few decades ago — is especially intriguing for a different possible reason. Maybe this post doesn’t actually have anything to do with NEW music at all, and instead has everything to do with the band’s celebration plans for the 25th anniversary of Grohl’s self-recorded and self-produced self-titled debut album, which hits that milestone in 2020.

That would explain the #FF25 hashtag … 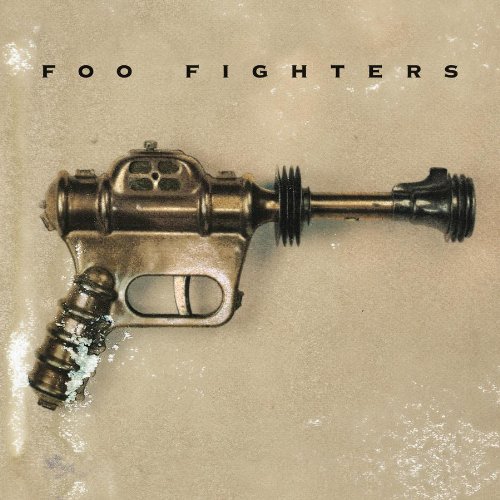 That album, featuring songs and material Grohl had worked on as a member of Nirvana before the band ended when Kurt Cobain died in 1994, catapulted the Foo Fighters name into the rock realm.

Led by alt/grunge songs like “I’ll Stick Around” and “Big Me,” the record helped establish the cheeky sense of humor that has accentuated both Grohl and the Foos’ work ever since.

It was a big record, and helped Grohl shape the Foo Fighters into the eventual globe-trotting rock and roll institution that they are to this day — so surely he and the band have big plans for 2020 to celebrate its 25th anniversary.

And it all started, probably, with this photo of a microphone in a bathtub.