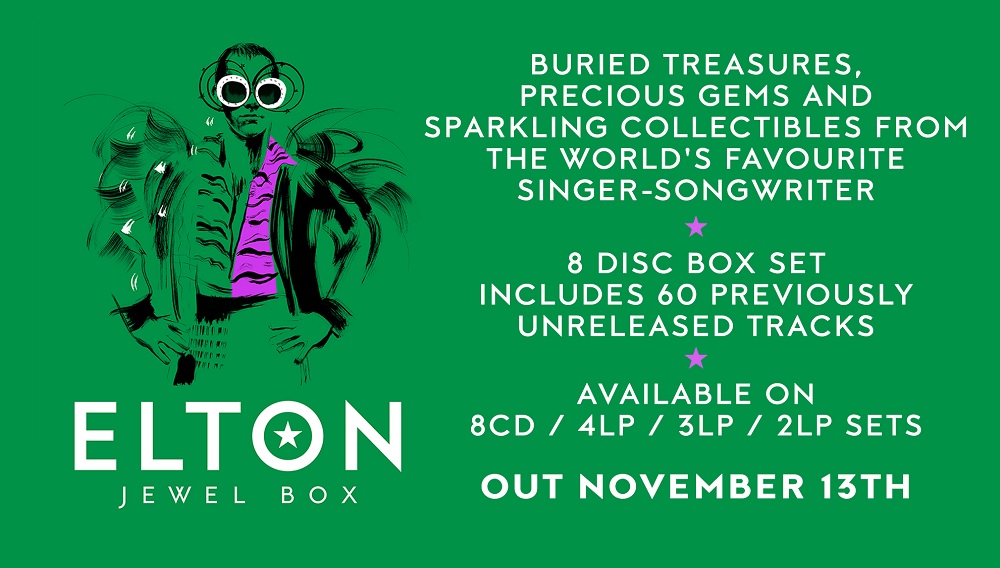 The life, career and legacy of Sir Elton John is unmatched. His contributions to music — and popular culture in general — are unrivaled, his influence far-reaching.

Jewel Box is a new box set collecting recordings from throughout the years, and the set is out now in a variety of formats.

We’re talking demos, b-sides, alternate takes and much more. It’s as deep a dive into the Elton John vaults as you could hope for, really, sure to make the most dedicated fans extremely happy.

Jewel Box launch day came with the premiere of “I Can’t Go on Living Without You,” a previously unreleased 1968 version of the song:

Stream the Super Deluxe edition below, via Spotify: