The band announced the record on Friday and premiered its title track — which vocalist Jared Watson says sounds like, “a 70’s sci-fi kung fu Western car chase soundtrack. It gives you a look into the sonics, tone, and creative narrative of this album. It was all recorded live in the same room to tape in Studio A in the old RCA building in Nashville, Tennessee, where legends like Johnny Cash and Elvis recorded a lot of their work.”

As a refresher, Dirty Heads hit it big with 2013’s “Lay Me Down,” their hit single featuring Rome that burned up the charts and rock radio a few years back:

As for the new album, Super Moon was recorded in Nashville and was produced by Dave Cobb, a four-time Grammy winner known for his work with Jason Isbell, Sturgill Simpson, Brandi Carlile and the A Star Is Born soundtrack).

Yes, a band primarily known for its reggae/rock/alternative sounds recorded in Nashville. But no, this isn’t a country album, which Watson joked about in a statement:

“The artwork was meant to spook some folk, definitely. The running joke in the studio was, ‘Don’t worry, we aren’t doing a country album,’ but we were inspired by the city and the studio and the artists who recorded there before us. Dave Cobb produced, and he was perfect for where we are mentally for this album. He’s a purist. He runs on pure creativity. No rules, no boundaries, no structures — a mantra that we have also tried to live by. Also playing and recording the songs live makes you really rely on yourself and your strengths. I’ve never loved an album from front to back so much in our career. We hope you enjoy.” 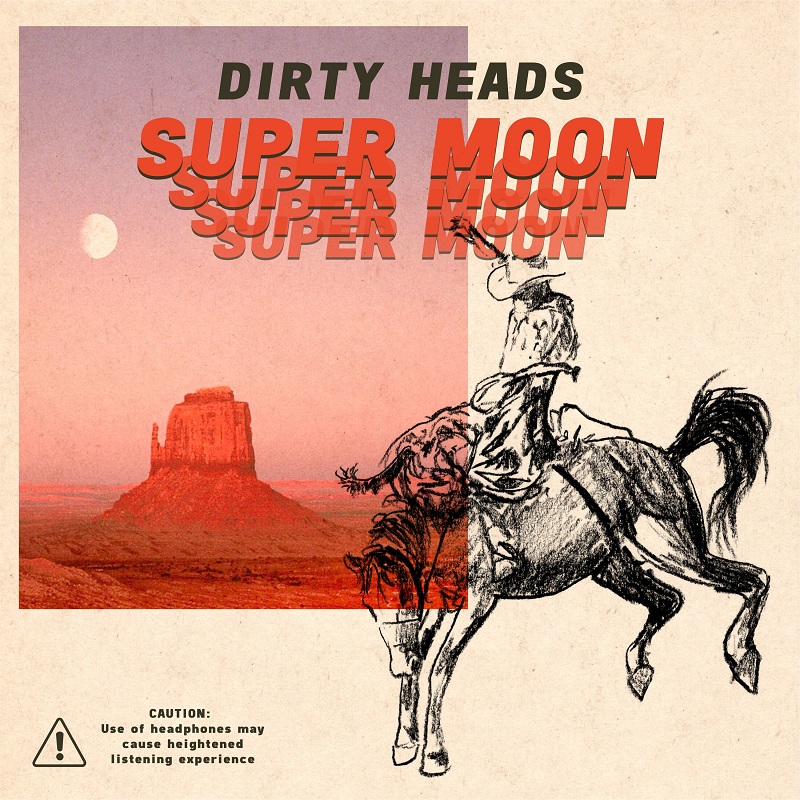 To promote Super Moon, Dirty Heads will head out on a co-headlining tour with 311 this summer marking the second time the two bands have toured together in the past decade or so.