Home / Dion Previews New Album with “I’ve Got To Get To You,” ft. Boz Scaggs and Joe & Mike Menza 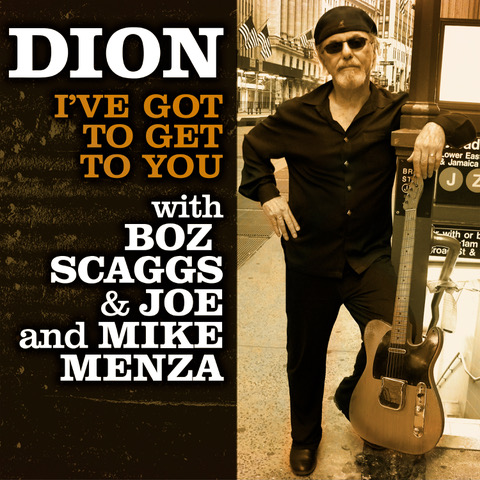 This fall, Rock And Roll Hall Of Fame icon Dion is set to release a new record. It will be the follow-up to his inspired 2020 collection Blues with Friends, an album that featured collaborations with some of his big-name musical pals, a guest list that included Bruce Springsteen, Paul Simon, Van Morrison, Billy Gibbons, Joe Bonamassa and many more.

That album was highly enjoyable (and the focus of Rock Cellar’s chat with Dion about it), and this upcoming album is a sequel, of sorts, continuing the party. As a preview, Dion recently debuted a new music video for “I’ve Got To Get To You,” featuring pals Boz Scaggs and Joe & Mike Menza.

Mike Menza was one of the “Friends” on the Blues with Friends album, a news release notes. This new record will be released via Bonamassa’s KTBA Records, with a release date and additional details to be announced.

“I tried to get every form of transportation imaginable in this one,” said Dion of the song’s lyrical themes. As for the involvement of Scaggs:

“Boz Scaggs is one of my wife Susan’s favorite singers, and I’m right there with her. I’ve wanted for decades to record a song with this guy. There’s no mistaking his voice for anyone else’s — and here it is, as pure and clear as ever, on ‘I’ve Got To Get To You.’ I was inspired to write this song after a conversation with Roy Orbison more than fifty years ago. Now that Boz has sung on it, it’s finally done. It doesn’t get any better than this.”

“Dion. Is one of my favorite singers. With a single phrase he can open up a while range of musical experience. His early rock foundation and doowop sets me free. His style — in words and music — is timeless and beautiful to me.”