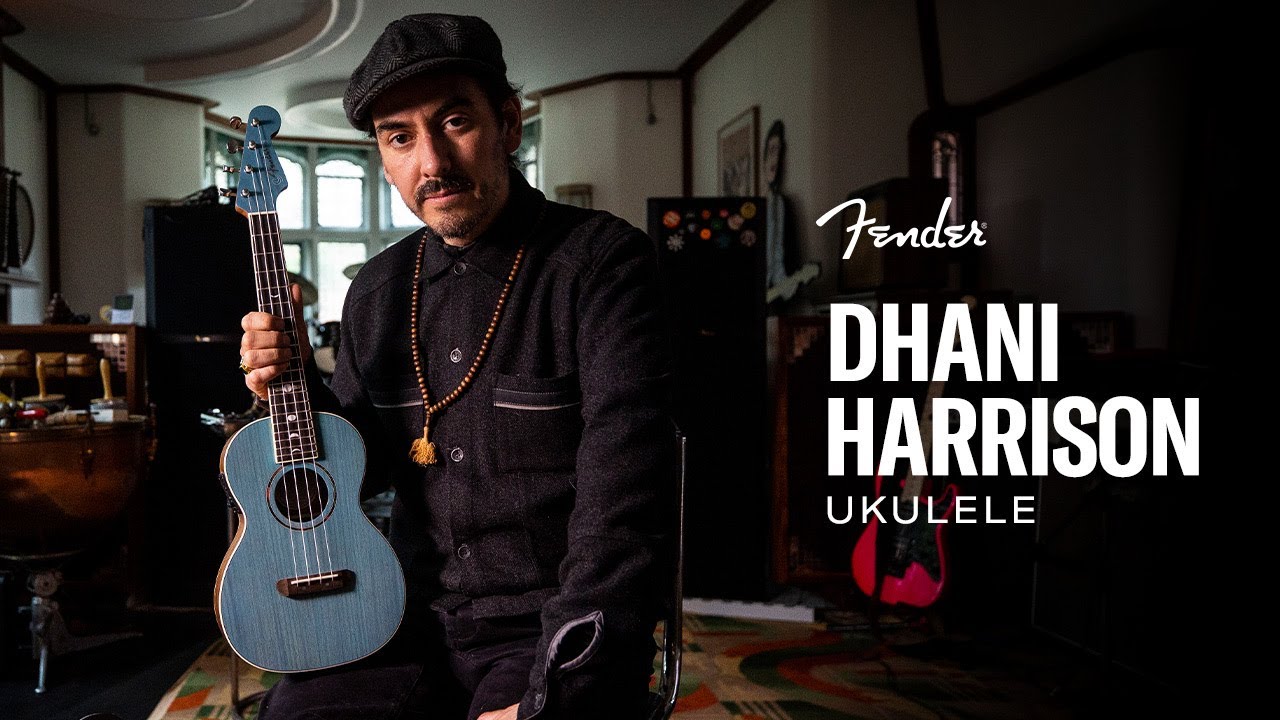 here’s the decryption from the official Fender site:

Having carved a unique career path as a multi-instrumentalist, composer, and singer-songwriter, Dhani Harrison’s versatility onstage and behind the scenes has led him to collaborations with a range of artists as varied as Wu-Tang Clan to Jeff Lynne. Harrison grew up playing the ukulele, which soon became an integral tool in his songwriting. Now he’s partnered with Fender to launch the Dhani Harrison Signature Ukulele. The model is available in two different finishes, each with its own unique fretboard inlays and engraved designs on the back of the instrument, all which hold personal significance to Harrison. The Dhani Harrison Signature Ukulele is designed for live performance, both are tenor-sized and feature a solid ovangkol top with ovangkol back and sides as well as a ¾ depth, upgraded Fender electronics, distinctive build and eye-catching aesthetics that will challenge you to expand your musical horizons.

The ukulele, Harrison explains, was especially important to him as a direction for his own signature Fender instrument:

“Ukuleles are supposed to bring joy,” said Harrison. “I guess that was one of the things that my dad loved [about it], sort of after the first and second World Wars, both times the ukulele would come out. When England was a mess, you’ve got all these people playing ukuleles, and it was just such a joyous thing.

“I [also] spent a lot of time in Hawaii going up, and I just got really into the ukulele.”

And a promo video: 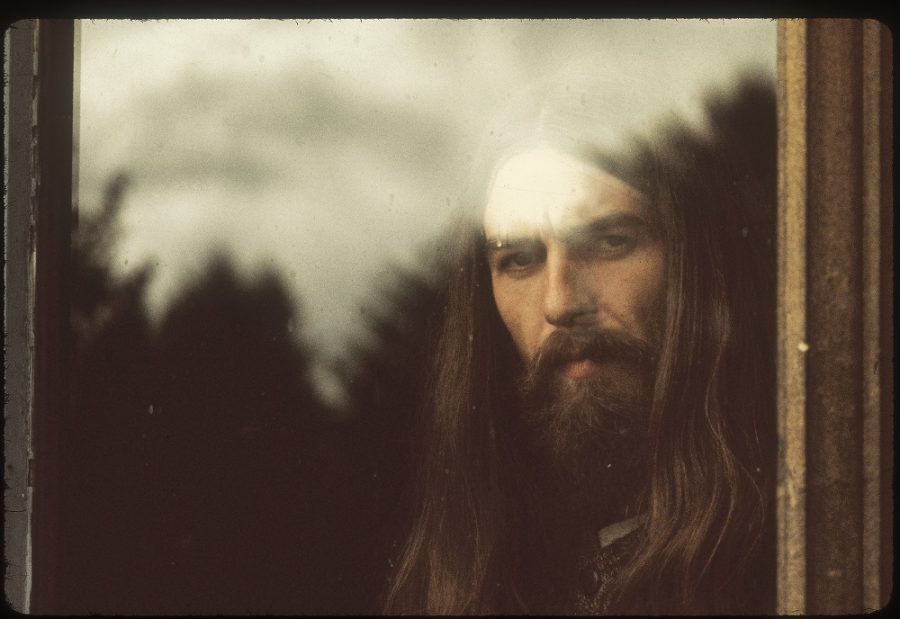