The Independent Artist Spotlight is a new branch of Rock Cellar aimed at presenting under-the-radar musical acts that deserve your immediate attention. As artists and bands are added to the program, Rock Cellar will spotlight some with Q&A-style interviews, allowing the artists themselves to tell their story as they’d want it told. Next up is bassist Derek Frank (who’s shared the stage with Shania Twain, Gwen Stefani and other mega-stars).

Where are you originally from and what made you move to LA?

Derek Frank: I’m originally from Pittsburgh, PA … after I finished college in Miami, I moved to Boston with my girlfriend at the time. After about 10 months there, things just weren’t working out, so I decided to head west. San Francisco was the original destination, as I had friends there that were gigging and had great things to say about the scene. At that time, my parents were living in LA, so I decided to stay with them for a few months, regroup, get a job, and save some money before my move to San Fran.

After a week or two in LA, it was apparent that this was the best place for me to build my music career, so I decided to stay. No regrets 🙂

You have a new album titled Eleven Years Later. What inspired you to do this?

I released an album back in 2009, and since then it’s been in the back of my mind to do another. The idea for a follow-up album had been put on the back burner for a long time, as I was busy over the years touring with other artists. When the pandemic hit, and there was no clear idea of when we musicians would be back to work, I decided that the best use of my time would be to sit

down and start writing tunes. That turned into the album project that is now Eleven Years Later.

What makes this different than other instrumental albums?

Derek Frank: I think what makes it different is its eclectic nature. I can’t categorize it into one genre … It has elements of funk, soul, jazz, blues, southern rock, and seventies soundtrack music.

I heard you have an A-list cast on the album — who are they and what did they bring to the table?

Derek Frank: A-list indeed. For the core band, I’ve got my Shania Twain bandmate Joshua Ray Gooch on guitar, Ty Bailie from Katy Perry’s band on keys, and Randy Cooke on drums, who has too many credits to list 🙂

I’ve also got The Fat City Horns from Las Vegas on three songs, Joe Bonamassa is a featured guest on one song, and I’ve got Jason Mowery, Carlos Lopez, and Katisse Buckingham on one song each. I also included a bonus track that I recorded six years ago with Herman Matthews on drums. These are all guys with whom I’ve played in various bands over the years … they’re all monster players, and great friends. I wanted to bring in guys that I knew would be the best fit for the music that I wrote, and also be great to hang with in the studio. Mission accomplished.

Where did you record? Who engineered and produced?

Derek Frank: I recorded at Plyrz studio in Santa Clarita, which is owned by legendary producer/mixer/engineer Jim Scott. I did a record there as a session musician a while back, and just LOVED the studio … It’s got such a vibe, and tons of awesome vintage gear. Jim has worked on many of my favorite albums … I figured I’d take a shot in the dark and ask if he’d be into producing my record, and luckily he said yes! So we did the whole thing with Jim at his studio … he produced and mixed it, and I couldn’t have been happier with the whole experience. He’s amazing.

What are some of your influences that listeners should expect to hear?

As a pro bassist who’s played with Shania Twain, Gwen Stefani, Mindi Abair & Air Supply, what do you feel that you bring as a bass player that you feel is your forté for these artists?

Derek Frank: I think the fact that I can play for the song, honor the parts that the players who were there before me created, and support the artist rather than have my own agenda when I’m on stage with them. Having said that, I definitely have my own style, and my personality comes through in my playing no matter what. But I know what my role is when I’m playing as a sideman with these artists … and I’m happy to fulfill that role.

How do you describe a successful career as a hired musician in the music industry?

Derek Frank: Everyone’s definition of success is different. If a musician is able to do what he/she has set out to do, and they’re happy doing it, then that’s success.

What advice would give to fellow “hired gun” musicians?

Derek Frank: Well, there are many different bits of advice I could give to certain musicians on certain topics … but I can break it down into 4 different bullet points:

If a musician can abide by those four principles, then he/she will have a good chance of getting hired and having a successful career! 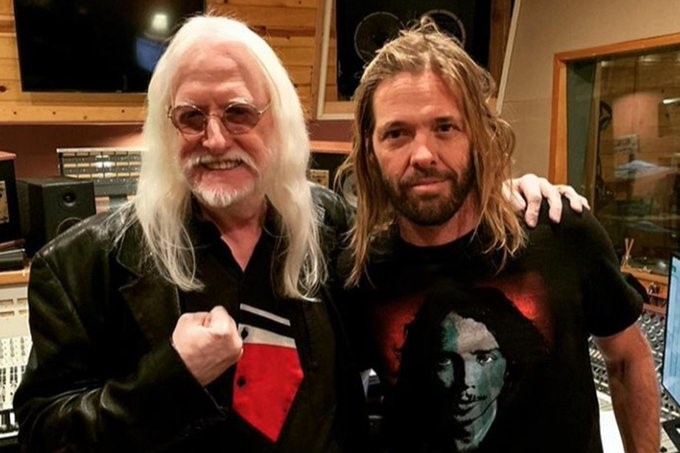