This month, famed auction house Christie’s will auction more than 120 of rock and roll legend David Gilmour’s guitars. The David Gilmour Guitar Collection represents a remarkable, hand-picked group of instruments from the Pink Floyd guitarist’s personal guitar collection, including his infamous Fender Stratocaster -– dubbed the “Black Strat” –- as well as Fender Broadcasters, Esquires and Telecasters, the Martin 12-string he played on “Wish You Were Here,” Gilmour’s 1963 Gibson J-180 “Everly Brothers” acoustic, and a 1973 Rickenbacker 360-12 12-string electric guitar, among many others.

The June 20th auction marks a rare opportunity for Pink Floyd fans, guitar aficionados, musicians and collectors to own a piece of rock and roll history.

The entire David Gilmour Collection is currently on a worldwide tour. It’s already made stops at Christie’s London, and is currently in Los Angeles, before concluding with a full preview in New York beginning on June 14, ahead of the auction, which is set to bring in record sums.

Gilmour, who hopes the auction will raise millions for charities, especially those benefitting refugees, around the world, told Rock Cellar about the sale.

Rock Cellar: This is a massive collection, but apparently only a fraction of your collection. How did you get into collecting guitars?

David Gilmour: Collecting guitars, when you’re young and starting off, there are all sorts of reasons for all sorts of guitars. You know, you’re always looking for a new sound.

Rock Cellar: For folks who don’t play, or who maybe only have one or two guitars, why have so many different models and types of guitars?

David Gilmour: Being disoriented on an instrument often gives you a new inspiration. And that led me into being a bit of a collector. I never quite meant to become a collector of guitars, but that’s how it panned out. You pick up a guitar that you haven’t played before and somehow it sets off some little inspiration in you and it kind of gifts you a tune. Many of the guitars in this sale are guitars that have given me a tune. So a lot of them have earned their keep, you might say.

Rock Cellar: You’re selling your infamous “Black Strat,” which you used on just about every Pink Floyd album from the 1970s onward. Talk a little bit about that guitar.

David Gilmour: The very first time I went to the States, which was sometime in 1968, TWA, who were transporting our gear, lost my Fender Telecaster that my parents had given me on my 21st birthday, never to be seen or found again, and so I had to go out and buy a guitar. Manny’s was already legendary, so I went to Manny’s on 48th Street. It was like a kid in a sweets shop.

My dream and ambition was to have a Fender. You know, preferably a Stratocaster. I loved it from the beginning. Buddy Holly had played one. Hank Marvin played one. That was enough for me. I just wanted a Strat.

Rock Cellar: What are some of the tracks it’s been used on?

David Gilmour: “Shine On You Crazy Diamond” came out of that guitar. In one way or another it’s probably on most tracks from 1970 through till the middle ’80s.

Rock Cellar: What’s so special about the “Black Strat” to you?

David Gilmour: It goes back a fair old way! I have used the Strat quite a bit. It has got a very different sound. I don’t know what it is about it that makes it have that sound. There’s just something in the sound of that old one.

Rock Cellar: You’ve said you might replace it with one of the current reproductions that Fender is making of it.

David Gilmour: We have, you know, checked all the pickups (on those guitars), and we’ve been through dozens of different pickups, and compared them directly to mine, to find a pickup combination that sounds as much like mine -– or better than mine, in some cases. The neck pickup on this one is actually better than mine! They’ve done a fantastically good job to make it as good as I wanted it to be. We worked quite hard on it. It’s taken a while to get every part of it dead right.

Rock Cellar: There’s another pretty remarkable guitar in the auction, a white and gold Stratocaster.

David Gilmour: I have a white 1954 Stratocaster, the serial number is 001. This guitar was given by Leo Fender, with all gold parts, to a guy called Rex Gallean. Rex Gallean is the guy who, when Leo Fender took him the Stratocaster — the first Stratocaster — suggested that he sculpt out the body to make it fit easier, because a plank of wood just sitting on you has got rough edges.

And this guy apparently was the guy who gave him the tip off of how to make it more comfortable to play, and why it’s become iconic. I think it’s the rhythm guitar on “Another Brick In The Wall.” One of the nicest guitars I’ve ever had or played. It’s got a beautiful tone. There has really been no improvement on the Stratocaster and on the electric guitar since that guitar came out in ’54.

Rock Cellar: What’s another guitar that’s very special to you that’s in the auction?

David Gilmour: I’d always fancied a Les Paul, and tried them out at various times. I came across a rather beautiful gold-colored Les Paul. And it unusually had gold all the way on the back of the neck and everything, and that’s the guitar I bought in 1978 and that’s the one I used on the solo on “Another Brick In The Wall (Part II).”

Rock Cellar: How have these guitars helped you in your creative process?

David Gilmour: I guess I just try to find what is the right sound and feeling for the track I’m playing on. Sometimes it’s tricky to get to that. I don’t really think there’s anything particularly different or new in what I’m playing or the way I’m playing it. I tend to play more with my fingers than a guitar pick these days, for some reason that I don’t quite understand.

It just seems to be the way it is. It’s not really anything I’ve been analyzing. I wish I could say there was a plan, but there never seems to be one. I just try to find something that is of the moment (of creation). I can’t really describe how that process works and happens. You just find something and go with it. I think it’s luck more than anything else, because I honestly don’t know how it happens. These things just seem to arrive. I’ll put together a couple of chords and suddenly I’m on my way!

Rock Cellar: I have to imagine it’s hard to part with these guitars.

David Gilmour: These guitars, they’ve given so much to me, it’s time for them to move on, to other people who hopefully will find joy and will perhaps create something new themselves.

Rock Cellar: What is the ultimate goal of the sale?

David Gilmour: The money that this sale hopefully will raise is going to go into my charitable foundation and will be used to help do some good in this world.

If we can do our little bit to help with those larger, global issues, I’ll be a happier person. 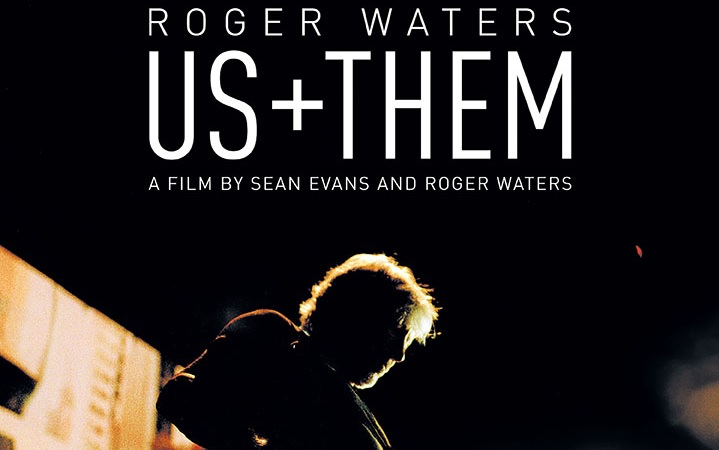