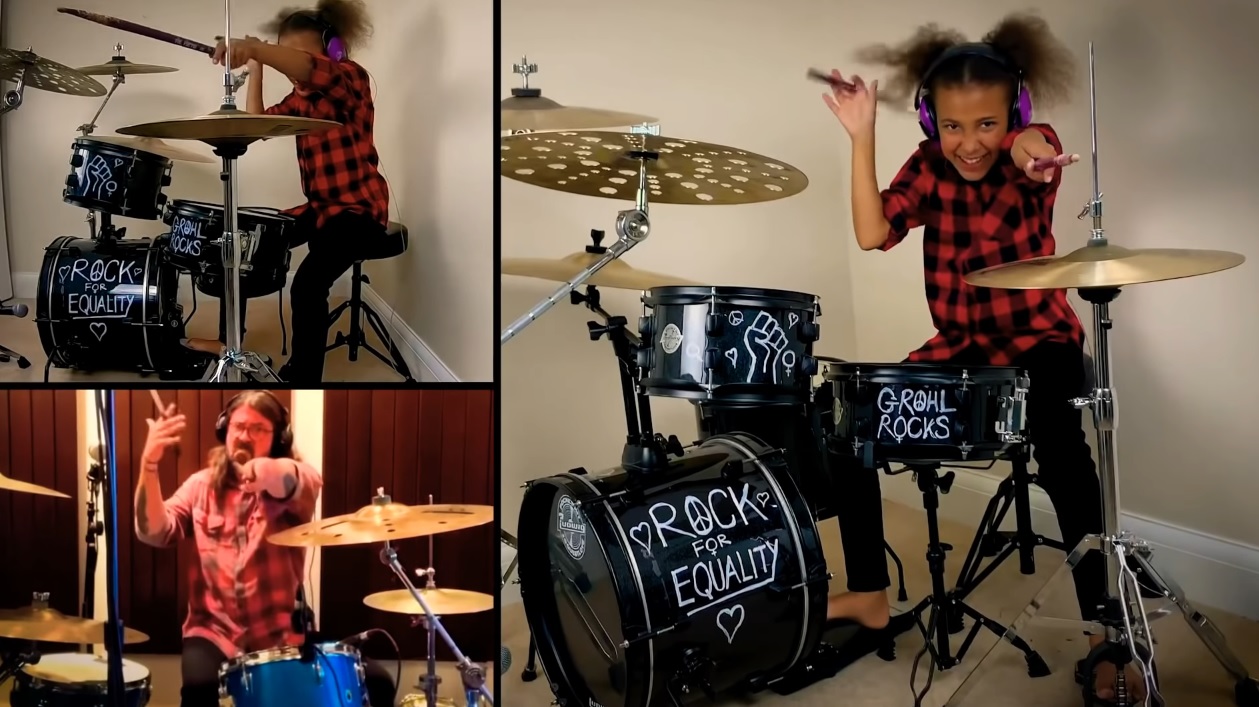 Earlier this week, Dave Grohl accepted a “drum battle” challenge from Nandi Bushell, a 10-year-old internet sensation whose amazing skills behind the kit have put her on the map in a major way these past few months.

In borrowing the drum set belonging to his daughter, Harper, Mr. Grohl explained in the video clip that he received a bunch of text messages from friends alerting him to Bushell’s drum battle challenge. Fully interested, Grohl accepts the challenge with a run-through of “Dead End Friends,” one of the songs from Them Crooked Vultures’ 2009 album (the supergroup of Grohl, Queens of the Stone Age‘s Josh Homme and Led Zeppelin‘s John Paul Jones).

Haven’t played these songs in a loooooong time…..thanks for the inspiration!!!

Your friend in rock,
Dave

(Thanks to my daughter, Harper for letting me borrow her drum set) pic.twitter.com/Ytq47CcZRC

This is UNREAL! I can’t believe Dave Grohl actually accepted my drum battle, Thank you! Now it’s my turn to learn ‘dead end friends’ by @crookedvultures! I am going to checkmate this one too! Thank you Harper for lending your Dad the kit! @foofighters #davegrohl #foofighters pic.twitter.com/gAyoVYSySM

And on Thursday night, Nandi delivered her response … an excellent rendition of “Dead End Friends” that saw Bushell wear the same type of red flannel shirt that the Foo Fighters & Nirvana legend wore in his original clip:

Ok, @Nandi_Bushell ……you win round one….but it ain’t over yet! Buckle up, cuz I have something special in mind…

“Round one”? “Something special in mind”??! What could it all mean?

While we wait for the next installment in this drum saga, revisit Nandi Bushell’s previous highlights, including this one from a few months back when Travis Barker:

And who can forget when Nandi met Tom Morello of Rage Against the Machine, one of her heroes?