DD: Yeah, I never really thought about that. Marc could have done a good job with that song. King Kong, as with many many Kinks songs, was a song that just came up in the process of jamming and playing. I was a big fan of movies like King Kong as was Ray. It was written with the idea of this symbiotic thing about big business and big shots ruling our world and all the parallels that brought together.
http://youtu.be/gUsM4my00Gc
RCM: The Kinks’ original bass player Pete Quaife tragically passed away in 2010. How do you remember Pete?
DD: Terrible isn’t it? Pete was there since the beginning with me and Ray and in many ways he acted as a go between me and Ray, which was very important. Pete was very optimistic. He would always take a very optimistic viewpoint of any given situation. He’d say, “Things will work out, don’t worry about that” sort of thing. I think that helped us a lot in the early days having that energy and that drive and that “Let’s get on with it” kind of feeling. He was also a very funny guy and very clever and he was a very intelligent guy too. We were like brothers really. He was an important cog in the wheel and an inspiring guy to be around.
RCM: Starting in the late ‘90s while Pete was still alive, there was talk through the years that the original lineup of The Kinks were planning to reunite, how close did that get to happening? 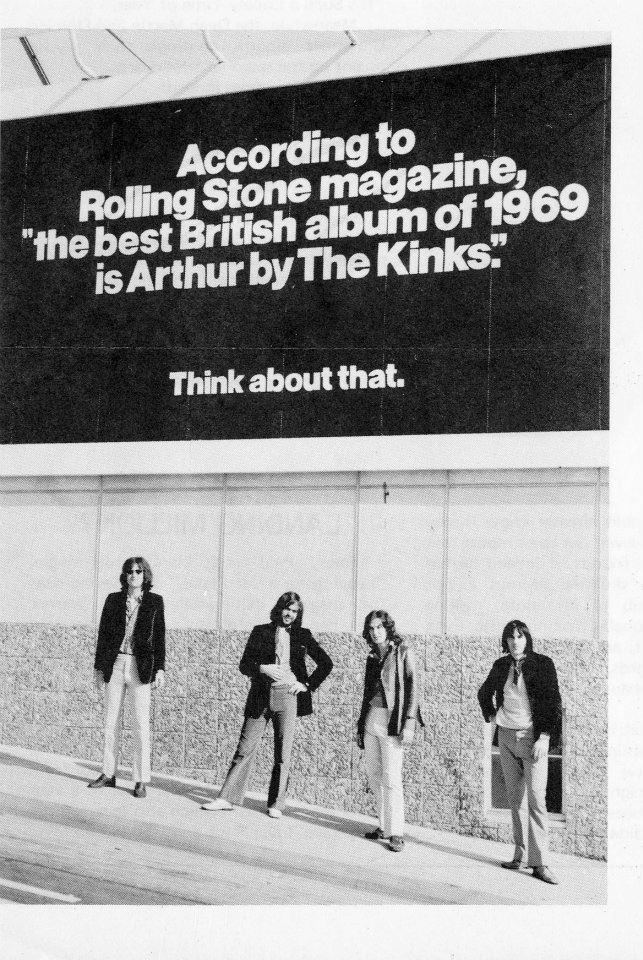 DD: It got close when we all appeared together at the English Hall of Fame event. I was talking about it with Pete and Pete said he would try and sort the situation out with (original Kinks drummer) Mick (Avory). I know Ray was very up for it and I was to a point and then sadly Pete got ill again and then it kind of faded away. Then Pete got really ill and you know what happened with that.
RCM: Back in the ’60s, The Kinks shared a bill with the Beatles in Bournemouth and wound up going on after them, how did that happen?
DD: The Beatles manager, Brian Epstein, worked it out that way. He wanted us to go on after them.
What happened is a year before we played before The Beatles at Liverpool Empire, I think, and they couldn’t get us off the stage.

Epstein was pissed off because he wanted The Beatles to come on but people were shouting for The Kinks!

So I think with Brian arranging it for us going on after the Beatles at that show in Bournemouth was his way of showing us who the boss was. I mean, you try and follow-up the Beatles but we thought we could. Epstein had that sort of humor.
RCM: You must own many guitars. If you had to ditch all of them and keep one, which would you choose?
DD: The fact is I used to have a lot of guitars. I owned a lot of guitars but not anymore. I now only own two electrics and a couple of acoustics. I got rid of most of my guitars and ex-wives. (laughs) The days of my owning Flying V’s and Gretsches and Guilds, those days are all over.
RCM: Away from music and touring, what are the main pleasures that occupy your time?
DD: Well, at the moment due to being on tour, not much. But I have a very active spiritual life. I research everything; I have meditation groups and I’m involved with visualization therapists. I do a lot of alternative things like that. My son, Martin, is a filmmaker and he did a film Mystical Journey, which he directed. We’re doing part two now so that’ll be something we’ll be working on when we get back from this U.S. tour. The film touches on my interest in spirituality, Eastern philosophies, the paranormal, astrology, Tarot, everything. It’s all interlinked.

All the roads tend to lead to the same route.