‘Love in the Time of Covid’: Another Perfectly Unsettling Music Video Experience from Danny Elfman (Watch) 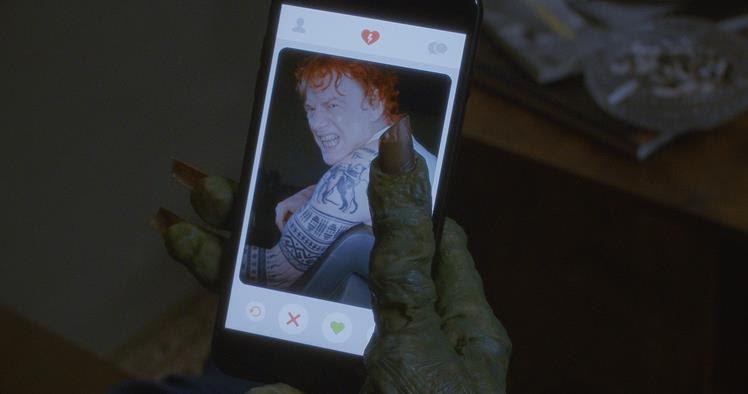 There is some … unsettling imagery afoot in “Love in the Time of Covid,” a new song and music video debuted by composer/musician Danny Elfman on Thursday. Elfman has forged a lasting career on his singularly irreverent and offbeat compositions, and this one is no different.

In fact, as its title may suggest, it’s almost the perfect sort of musical experiment to unleash on the masses right now, almost a full year into a global pandemic that upended our way of life.

Ominous strings, a main character in a creepy mask, the claustrophobia of being stuck at home all hours of the day, Elfman popping up on TV and phone screens as a news reporter … yeah, it captures the mood.

“There’s certainly nothing light-hearted or funny about Covid, but I can still poke a little fun at the crazy way social isolation has changed our lives in every way shape and form, and that’s what “Love In The Time of Covid” is about,” Elfman explains. “An expression of the borderline madness that so many of us have been experiencing. Lord knows I have. I wrote it from the view point of a young man going crazy in his apartment. Creators Gutjahr and Gilma had the idea to turn the lead character into a green skinned animal-like creature. As many us feel completely alienated in this insane new world we live in, and I thought it was an interesting idea.”

The video was filmed in Berlin and stars Scottish transgender performer Shrek 666, who wears extensive makeup and prosthetics. Musically, Elfman provided the vocals, guitars and synth on the song, and is joined by Josh Freese (drums), Nili Brosh (guitar), bass by Stu Brooks, percussion by Sidney Hopson and strings by the Lyris Quartet.

This is the third song from Elfman in a matter of weeks, his first music after linking up with Epitaph Records. He began 2021 with “Sorry,” another exercise in disturbia, this one also with a relentlessly unsettling animated video of its own that was originally intended to be the backdrop for his Coachella Valley Music & Arts Set that didn’t happen when the mega-fest cancelled its 2020 festival:

That followed the October premiere of “Happy,” which was also … well, you get the point by now. It’s Danny Elfman, and intensity is his forte: