The Independent Artist Spotlight is a new branch of Rock Cellar aimed at presenting under-the-radar musical acts that deserve your immediate attention. As artists and bands are added to the program, Rock Cellar will spotlight some with Q&A-style interviews, allowing the artists themselves to tell their story as they’d want it told. First up is Los Angeles-based producer/songwriter/multi-instrumentalist Dan Franklin, whose album The Best Ride of Your Life album is available at this link.

What got you into music?

Dan Franklin: Well to be perfectly honest, when I was in high school, my brother told me that if I learned how to play guitar that girls would like me more. At the ripe age of 14, that was all the convincing I needed.

What got you into creating music?

Dan Franklin: Six months after first picking up a guitar I was already in two bands. It’s just one of those things that I suppose was meant to be? I started writing songs as soon as I learned two chords.

What are you hoping to achieve with your musical creations?

Dan Franklin: It’s always the highest goal of anything I create that it helps someone. Over the years I’ve been blessed to have received many emails from people telling me that I’d helped them out of a dark place, and that makes all of the difficult times I’ve experienced trying to be a professional musician worth it.

How did you get your album funded?

Dan Franklin: I was fortunate enough to fund The Best Ride of Your Life (click here for more details about the album) from a very successful Kickstarter campaign. I have some incredibly generous fans that really wanted this album to happen.

Who do you think is your demographic?

Dan Franklin: I know this sounds naive, but I really do think that I’ve got a song for just about anyone. Especially on Best Ride, there are 13 different genres so it’s really something for everybody.

What are your musical goals?

Dan Franklin: I hope to be able to continue to tell as many stories as possible with the time I have left. I’m currently writing my fifth solo album, and hopefully I’ve got many more to come.

What inspired this album?

Dan Franklin: This particular album was inspired by over a decade of working as a theme park music musician in Anaheim, CA. All of the songs are metaphors about some aspect of that wild experience, and the songs are performed in the style of each metaphor.

Dan Franklin: This album was an international production. While some of it was recorded at my home studio, we also recorded at Abbey Road Studios in London, Peter Gabriel’s studio Real World in Bath, EastWest, Moonpeople and Martin Dound here in LA. We also recorded all kinds of practical effects and instruments, such as a real calliope in Santa Cruz, the sound of a proper shotgun being fired, the crashing waves at the ocean, etc. The album features 49 (yes) of LA’s finest musicians.

What is your favorite track and why?

What are your goals and are you working on anything new now?

Dan Franklin: My next album is a very introspective look at my life and will be entitled The Man Who Broke Time. I’ve got about nine of the songs written and hope to have it out this year!

What advice would you give to other independent artists to get their music out to the masses? Any music career life-hacks?

Dan Franklin: I would encourage people to stay in line. Don’t give up. But also don’t disillusion yourself by thinking that after you pay a few dues that the world owes you something. It’s all about the journey.

Just keep making the art that moves you and it will be sincere.

Dan Franklin’s The Best Ride of Your Life album (and a free song download) is available at this link. 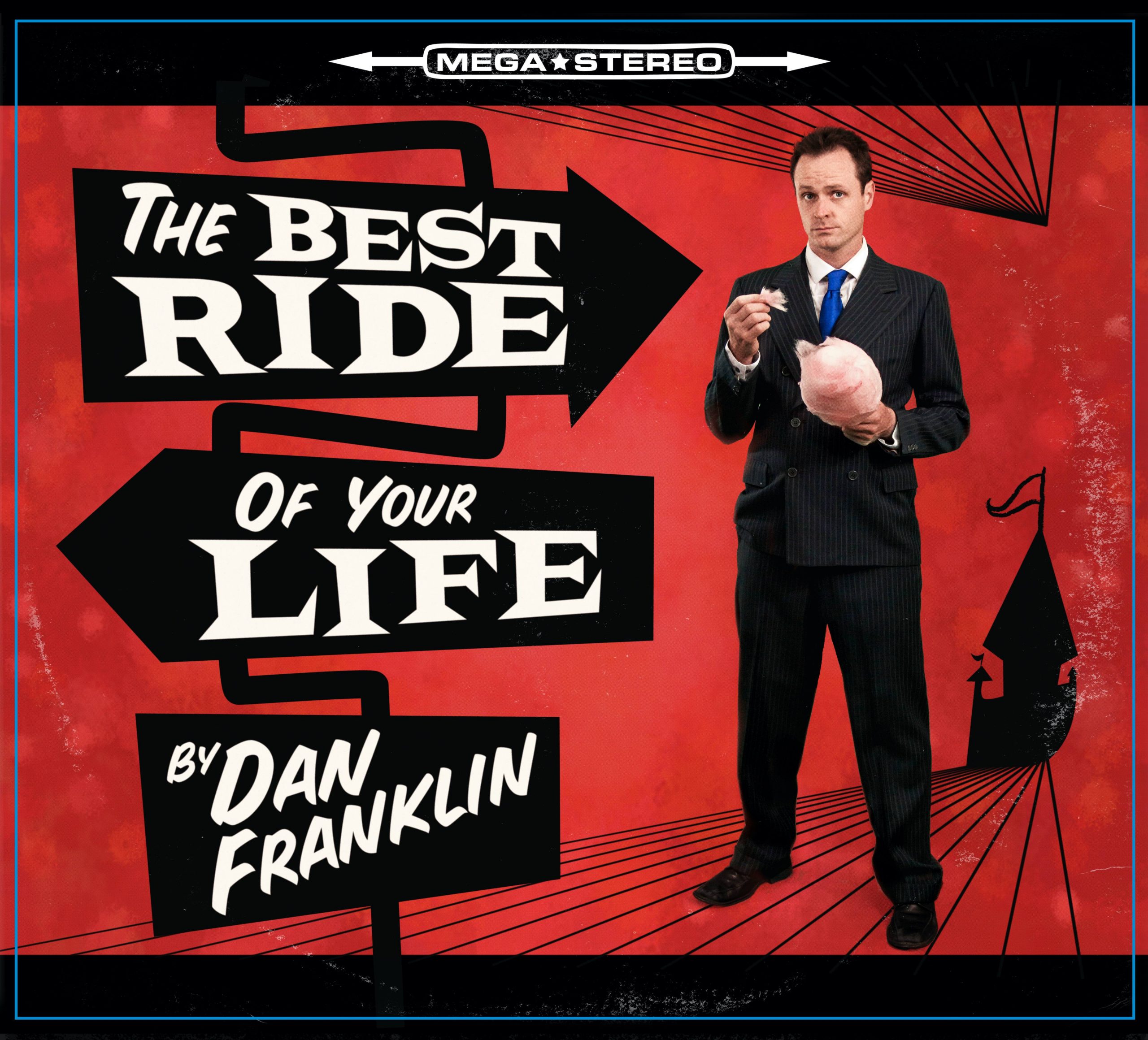