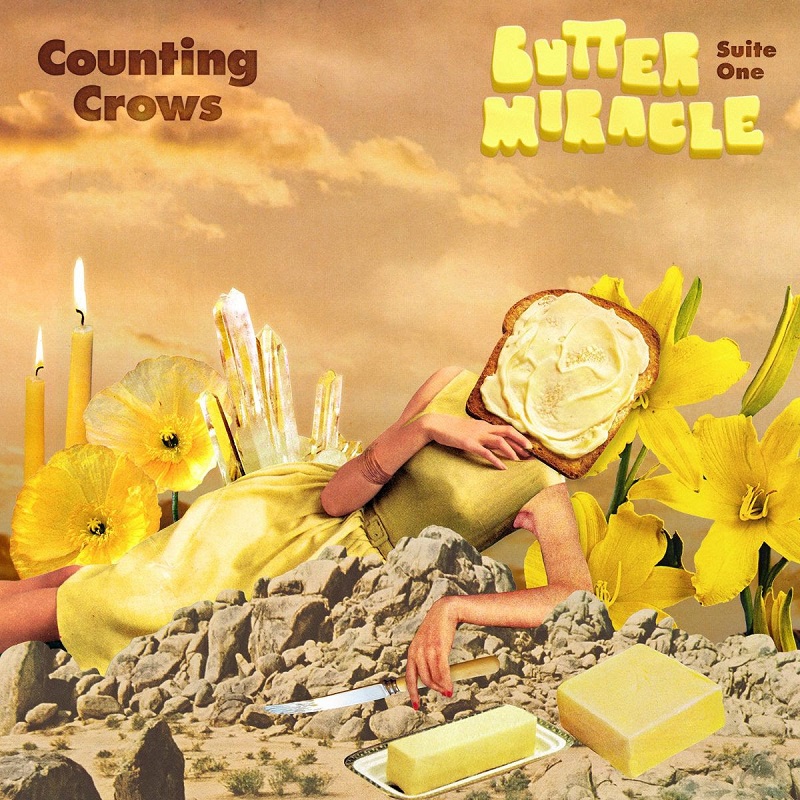 Butter Miracle, Suite One is the (intriguingly titled) new album from Counting Crows, a four-track project written by front man Adam Duritz while living in the United Kingdom throughout much of the past year.

The track “Elevator Boots” was premiered in connection with the album news. Very much a conceptual project, a press release notes that the new song is “a glam look at life on the road in a band, awash in the thrill, the isolation, and the cleansing power of rock and roll.”

Click here to pre-order Butter Miracle, Suite One on LP from our Rock Cellar Store.

In a new chat with Rolling Stone, Duritz gave some insight into his creative inspiration — which has found his creative well refreshed, so to speak, by a sense of personal fulfillment:

“I’ve been quite happy,” he says. “I’ve been in a relationship for four or five years now — one that is very satisfying, and healthy. Most of my experiences in my life had been what it’s like to be alone and live alone. And that’s not the case anymore. That’s a big change for me, to really come to the idea that maybe something’s more important than writing songs.”

More on the album and its conception:

Written on a remote farm in the United Kingdom’s countryside in 2019, the four-track, 18-minute suite was artfully composed so that each track flows without interruption from one song to the next. The result, “The Tall Grass,” which leads to “Elevator Boots,” which segues into “Angel on 14th Street,” whose climatic crash is the first power chord to the intro to the final song, “Bobby and the Rat-Kings.”

To date, Counting Crows have released seven studio albums, the most recent being 2014’s Somewhere Under Wonderland, though the group has maintained a steady touring presence in recent years. Since emerging with 1993’s breakthrough debut album August & Everything After, Counting Crows have sold more than 20 million records worldwide, amassing a dedicated audience of fans around the globe.