Home / Blondie, and Photography, Through the Lens (and Memories) of Chris Stein (Q&A)

Blondie, and Photography, Through the Lens (and Memories) of Chris Stein (Q&A) 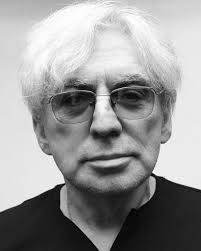 Chris Stein cut his teeth 40 years ago as a co-founder and guitarist for the band Blondie, and via his songwriting partnership with Debbie Harry, eventually creating classics like “Heart Of Glass” and “Rapture.” The band, like the partnership, has endured personal and professional ups and downs of the last four decades, and, by all accounts, is as strong as it’s ever been.

Through it all, Stein says he always managed to have a camera at hand. For any fan of the band, or of the late-70s CBGBs/punk/New Wave era that hit New York City, and eventually the world, like a lightning strike, Stein’s new book Point Of View: Me, New York City, and the Punk Scene, out now, is a fly on the wall view of those heady days.

From self-portraits taken in the run-down East-Village apartment Stein shared with Harry to candid photographs of the pop-cultural icons he crossed paths with — including William S. Burroughs, David Bowie, Andy Warhol and Iggy Pop -– and a derelict New York City, featuring children playing hopscotch on torn-down blocks, graffiti-ridden subway cars, and candid shots from inside the burgeoning clubs of the Bowery, Point Of View is at once a chronicle of one music icon’s life among his punk and New-Wave heroes and peers, and a love letter to the city that was the backdrop and inspiration for those days.

Stein spoke to Rock Cellar Magazine about Point Of View and the early days of Blondie recently.

Rock Cellar: You write in Point Of View that you’ve “never had a normal job.” Here you are, just waking up, having coffee at noon …

Chris Stein: Well, I have my two daughters that are not in school currently. They’ve been staying up all night lately, waking up as late as possible. I don’t live a very rock and roll lifestyle, but that’s thrown our lives into a bit of chaos, I guess.

Rock Cellar: But talk about that a little bit. There are a lot of great anecdotes in the book, but you do say you never had a normal job. I think that’s a legitimate statement. You’ve done so many high profile things, you never really had to. Blondie gave you a platform to be able to indulge your art and your photography and all these other things.

Chris Stein: I still consider the band situation normal. I spend time on Twitter, and I just saw a tweet just now saying how 12 percent of the billions of dollars earned by the music industry actually goes to the musicians.

Rock Cellar: Is it that high?

Chris Stein: Yeah. [Laughter.] If it’s 12 percent, I would bet 11 percent of that goes to the 1 percent at the top, the same as the rest of society.

Chris Stein: So it’s bad. Maybe that’s a normal relationship, but I don’t think so. But I do know I just would always pass by guys sitting in windows in banks and stuff, and was happy I didn’t have to deal with that reality in any shape or form. But if I had had a little practice in some of that, I probably wouldn’t have done so shitty financially. We would have done better with our business and those things that we always left up to outsiders and didn’t pay much attention to ourselves.

Rock Cellar: That’s a whole other conversation. So, was the push to do the book sort of a labor of love, or was it more to kind of build your own kind of Chris Stein brand? 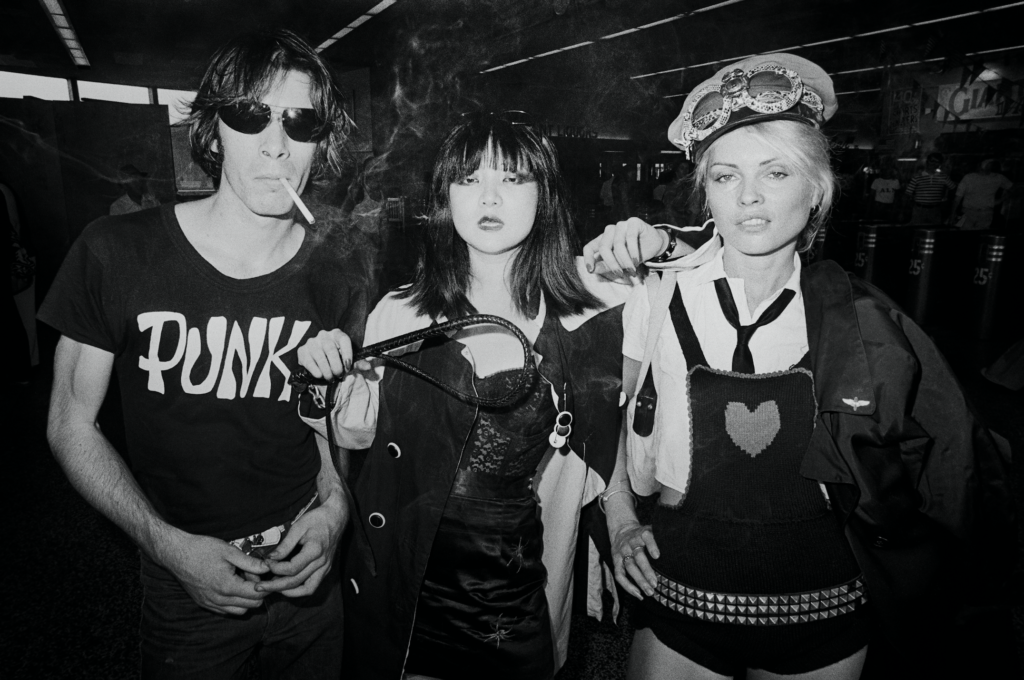 From Point of View by Chris Stein; Rizzoli

Chris Stein: Yeah, no. The book is just — it’s something I’m really fond of. I really like Instagram, as a social media thing. And there’s all these really great street photographers, who I really admire. I know a couple of these guys who are just out shooting doing amazing stuff. It’s like Versailles or something. Some of these guys are just really knocking it out of the park. So there’s that.

Then there’s also the nostalgia aspect of always — there’s a really great Facebook group — which I think I mention in the book called “It happened before 1990.” I avoid Facebook. I just do Twitter or Instagram. But I like that group. Which is millions of people! It’s just people putting up pictures. And I can spend hours just looking at that stuff. Then there’s also the element that all the kids are really fascinated by this period and the energy. “The Deuce,” and all that kind of stuff is going on. And so I just went through my stuff, looking for old street photography for this book. The first book I did was more obvious, because it was all music photography. But there’s a finite amount of stuff that I’ve got like that. For Bob Gruen, it’s infinite. It goes on for eternity. Mine is more limited.

Rock Cellar: It’s interesting to me though — you mentioned Bob Gruen. Bob and Josh Cheuse and a lot of people were shooting at the time; documenting that era. Over in London, Don Letts and Jillian Temple, and so many others. There’s a lot of documentation of that period. I’m a little younger than you, but I remember that period really vividly. Sometimes I look around New York City, and I can still see it in my head. And smell it. [Laughter.] Yet it’s changed so much. What do you think of when you see these images — because they’re so long ago —  but what emotions do they evoke in you?

Chris Stein: It’s a time travel thing. Just general nostalgia. What anybody feels like, looking at their past. I think it’s pretty standard. What’s happening to the city is, I guess, inevitable. I suppose if I had really sat down and thought about it at the time, I would have known what was coming, with the gentrification and everything getting cleaned up, and made into a fucking shopping mall. There’s still an identity here, but it’s very different. One thing people don’t get is how many more people there are in New York City now on a regular basis. This place used to be empty. No one wanted to come here. It wasn’t a tourist spot, back in the seventies or eighties.

Rock Cellar: These sorts of books have become very popular. And there are a lot of really good ones that have come out recently. Just this fall, yours came out, there’s the Bowie book from the early eighties, Zeppelin’s done one, Queen’s done one. There are a lot of people doing these kind of photographic-with-oral history-combos, and yet yours stands apart in that it is literally on the street. It’s very much down on the street, and evoking a time and a place, like you said. The time travel thing. If you can put yourself in the mind of the audience, what do you think people get from a book like yours that they’re not getting from the rest?

Chris Stein: I was trying to get a vibe and to convey what the atmosphere was like, a little bit, that was surrounding the early days of the music scene. So if that comes out, then it’s been a successful effort. Do you know the photography books by Ken Schles, with pictures of the really early eighties. Just kids. They’re just fantastic books. They’re my favorites. A lot of kids on the drug scene on the Lower East Side and stuff like that. So I was thinking along those lines: Put out a little bit of the atmosphere that was there. “The Deuce” was okay, the TV show, but it misses somehow for me. 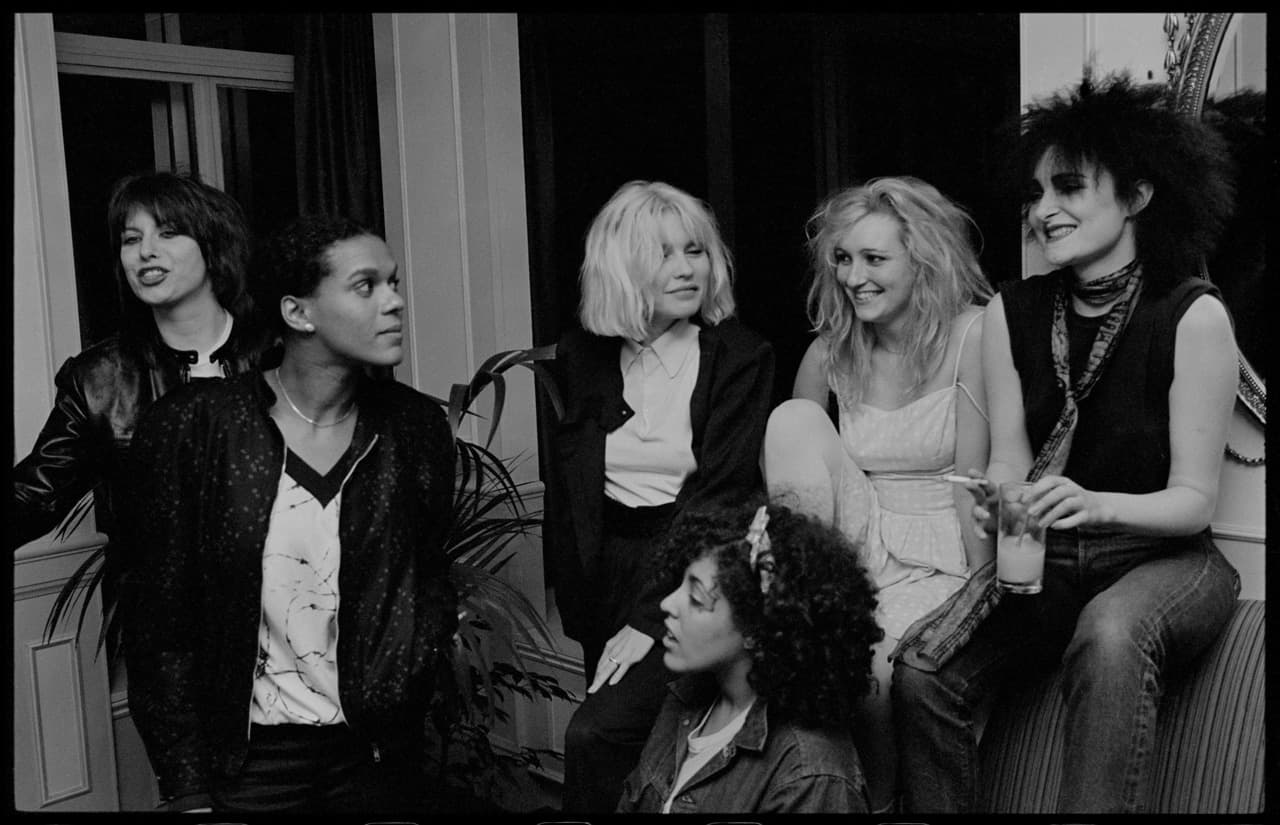 From Point of View by Chris Stein; Rizzoli

Rock Cellar: Brother Ernie has a book out chronicling the rise and fall of hip hop in New York City from a photographer’s standpoint. It’s quite good. A similar period, but slightly different point of view. But like yours, very evocative of the time, and place and people — regular people, too, not just David Bowie and William Burroughs and Iggy. But a lot of the people that you were shooting at the time — Debbie and the Ramones and whoever — they were just sort of regular people trying to catch a break at the time, weren’t they?

Tommy '75-76 #ramones we are thankful for @ramones

Chris Stein: I don’t know if we were even thinking of catching a break at that point. It’s just what you did every weekend; you went to the clubs and did your shows.

Rock Cellar: It’s funny, when I look at them — and maybe this is looking through the gauze of nostalgia — but there are people, when you look at the photo of, say, Iggy Pop, or of Andy Warhol or Bowie, those people jump off the page. But it’s also interesting that people who weren’t stars yet, like Debbie and the Ramones, they do sort of light up the frame. Were you aware of that at the time, that these were people who were great subjects?

Chris Stein: Yeah. Those guys had a lot of charisma, always. They were always exuding — Debbie certainly, and Joey. Those guys always had — that’s what I think everyone in the field there recognized that. It was incestuous and everyone was kind of used to it for a while — there were a couple of years where everybody saw each other all the time — but I think everybody always got what these people were putting out into the world.

Rock Cellar: You’ve done a few of these books now, but each one of them tells a slightly different story from that time and place. It seems as though you must have always been with a camera. Are there other stories you want to tell? Are there other books maybe in the works?

Chris Stein: I don’t know. Well, yeah, I have the one other of our adventures, which would be a shorter book. Beyond that, I don’t know if I might have another book. But it would probably fall into the same category of street stuff. Again, my work is finite. A bunch of binders, you know. Shit in a box. I was mostly playing music. I was pretty busy. [Laughter.]