A Note from Rock Cellar Magazine:

Rock Cellar has always been about bringing you the latest news and information that’s going on in the world (and not just the rock ’n’ roll world).  As journalists, we feel that it’s also important to touch on some current events and discussions — even a few that might be considered “hot button” issues.

We at Rock Cellar certainly want to entertain, and to offer an escape from some of the divisive nastiness that is typically presented in the mainstream press. But we also feel a responsibility to help educate, and explain the complexities of topical and often controversial issues.

Introducing … our “Both Sides Now” column.

Our intent is to not try to force-feed any particular opinion, but rather to present both sides of an issue. Our wish is that you read “both sides,” to at least appreciate that there’s usually (at least) two sides to every complex issue.

Our first column features nationally acclaimed writers David Horowitz and Ed Rampell, taking on the Portland protests. Hope you enjoy this new feature and thanks for supporting us all these years!  Rock on!

All the President’s Jackboots: Can It Happen Here?

During fascism’s rise abroad, Sinclair Lewis wrote the satirical (and frightening) 1935 novel It Can’t Happen Here about a scoundrel of an authoritarian U.S. president “Buzz Windrip,” who uses police state tactics, including establishing the “Minute Men” paramilitary force. Many contemporary commentators and readers have noted that Buzz Windrip bears a striking resemblance to another would-be authoritarian – Donald J. Trump.

As events continue unraveling in our tumultuous times, Americans are slowly realizing that “Yes, It Can Happen Here.” Consider Trump’s violent response in Portland, where he recently dispatched 114 newly-minted “Minute Men” to crush an ongoing pro-Black Lives Matter protest wave triggered by May 25ths brutal murder of George Floyd at the hands – or rather knee – of  the Minneapolis police.

Federal law enforcement officers drive around Portland detaining protestors, placing them in unmarked vehicles, and removing them from public without arrest or stating the basis of an arrest.  These officers wear military fatigues with “POLICE” patches, but no other identifying information. Demonstrators have been subjected to the secret police’s attacks, including stun grenades. Journalists vilified by Trump as “enemies of the people” and “fake news” have been pepper sprayed and shot with rubber bullets by Trump’s wannabe storm-troopers.  A Navy veteran was viciously clubbed and sprayed with a chemical agent.  Portland Mayor & Police Commissioner Ted Wheeler – who calls Trump’s militia “an occupying force” – was himself tear-gassed outside the federal courthouse.

Oregon Attorney General Rosenblum points out that the citizens of Portland that are protesting racial inequality have the right to express themselves under the First Amendment, and these tactics specifically violate their rights. On July 22 Portland City Attorneys filed a motion contending: “The actions of federal defendants are escalating violence, inflaming tensions in our City, and harming Portlanders who seek to engage in non-violent protests.  The American Civil Liberties Union’s Oregon chapter filed a lawsuit and on July 23 a U.S. District Judge issued a temporary restraining order prohibiting federal officers from arresting, threatening to arrest or using physical force against reporters. Despite Oregon’s Gov. Kate Brown’s and state and City officials’ calls for removal of the federales, Trump’s authoritarian crackdown intensifies.

Now Trump has threatened to send up to 75,000 more of his Minute Men/kidnappers to cities with Democratic mayors, like Kansas City, Albuquerque and Chicago, which he callously called “worse than Afghanistan.”  Under the pretext of “defending federal property” Trump continues to send in waves of unmarked cavalry – whether local people and officials want them there or not

Portland’s debacle has prompted Trump – Michael Cohen’s unindicted co-conspirator and an impeached, oversight/subpoena scofflaw –  to unironically call himself the “law and order president.” Hawaii’s Senator Mazie Hirono, publicly charges that Trump is “attacking our democracy,” while The View’s Joy Behar spoke for many when she said “What I’m witnessing now in America is fascism.”

What is behind Trump’s lurch towards Orwellian hobnailed-boot-in-the-face tactics? With the economy in shambles, a plague that rages on due to his ineptness, and his sagging poll numbers, Trump is desperate to get reelected – especially with the Southern District of New York nipping at his heels. An indictment is likely, and with an election loss he also loses whatever immunity the presidency bestows.
It is obvious to all that Trump is hysterically trying to distract people from his colossal failures with the invasion of Portland – igniting white anxiety in a frantic bid for voters.

It is no accident that Trump’s consiglieres Roy Cohn and Roger Stone also supported two of America’s most dictatorial politicians ever, Senator Joe McCarthy and another self-proclaimed “law and order” president, Richard Nixon.  Trump draws from the same playbook as these two disgraced individuals.
What ignoramus Trump seems to forget (or ignore) were their historically ignominious downfalls.  His own fall from grace is likewise written in the stars.  We must resist Trumpism to make sure that it WON’T happen here. 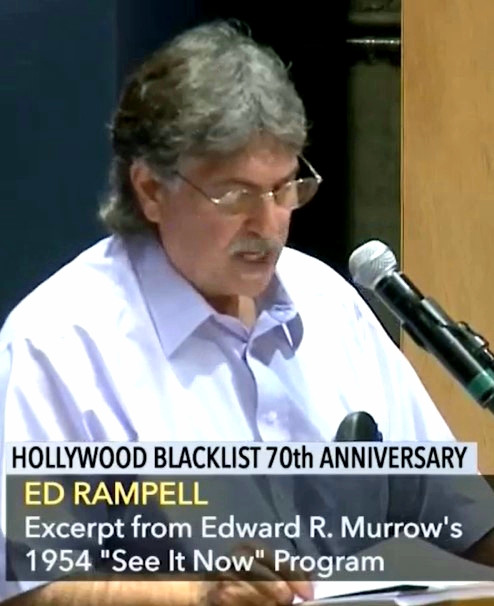 A City Under Siege

Perhaps the most emblematic moment in the battles raging in American cities came the other day when Bernie Sanders attacked President Trump’s decision to send federal agents to quell the riots in Portland Oregon. His alleged reason: they bear the earmarks of a “police state.” This, from a man who spent the entire sixty years of his adult life supporting every ruthless, communist police state on the planet – and there were many – and who to this day declares his solidarity with the police states in the West Bank and Gaza run by his terrorist comrades in the PLO and Hamas. Of course these twisted values have made him the most popular Democrat leader.

Our cities are under siege by communists like Bernie and other self-declared enemies of America who have made eminently clear that they are Marxists and their goal is the destruction of our democracy, which they hope to replace with a communist gulag. In the last two months these violent criminals have torched 400 American cities, injured more than a thousand police officers, killed more than a dozen individuals, looted and destroyed billions of dollars worth of downtown real estate and merchandise, all the while demanding the defunding of police departments. This has led to a violent crime wave resulting in the deaths of scores of individuals including at least eight children – all of them black.

Portland is the epicenter of this insurrection, the extent of which America hasn’t witnessed since the Civil War. Every night for the last two months thousands criminals have attacked Portland’s downtown, firing explosives and wielding machetes, terrorizing its inhabitants, setting fire to its hall of justice, smashing public monuments and calling for the abolition of the United States. Like every other major American city that has been victimized, Portland’s mayhem has been made possible by the actions of a seditious mayor and city council who have refused to perform the first task of government, which is to keep its citizens and their property safe.

These acts of treason have had the full support of the Democrat Party not only in the cities themselves but in Washington. When the President finally sent federal agents to do what local police had been ordered not to do, Nancy Pelosi described these public servants as “storm troopers” – Nazis. To support her seditious slander of men and women risking their lives to defend the public, she concocted a series of vicious lies to the effect that they had no identification on their uniforms or their vehicles and were therefore a “secret police.”

Not a single Democrat in Washington criticized Pelosi for these vicious slanders, or condemned the insurrectionists. Instead they seconded her slanders. The Democrat Party is now a party that embraces criminals, sanctions the trashing of America’s great cities and the destruction of billions of dollars of public and private property. Its only enemies, apparently are the president and the country itself.

On the use of federal agents or if necessary federal troops to restore order, nothing could be more hypocritical than the Democrats’ faux outrage over sending them to do the job that seditious Democrat administrations have refused to do. Not one so-called liberal objected when Dwight Eisenhower sent the army into Little Rock to integrate the public schools. Not one so-called liberal objected when John F. Kennedy sent federal agents and the military into Mississippi to integrate the schools. Not one so-called liberal seems concerned enough about the mayhem supported by the Democrat Party to offer a plan to stop it. The solution to this carnage by the way is simple — declare a nightly curfew, arrest everyone violating it, and lock them up, preferably for years not days or months.

Portland is the issue that will re-elect Donald Trump in November. The first thing Americans want from their government is safety, defense of their property and lives. By a 20% margin black Americans support the police. Why? First because police are their only protection against black criminals who commit 50% of the violent crimes and whose victims are 95% black. Second, because every statistic about police encounters with the general population show that the killing of unarmed blacks by police has been monstrously exaggerated by unscrupulous Black Lives Matter racists and their Democrat enablers. Of 10 million arrests last year, 9 unarmed blacks were killed and 19 unarmed whites. In the infamous case of George Floyd, which provided the excuse for the insurrections which have nothing to do with black lives mattering, one of the officers charged with his murder is African-American. A second is Asian-American. Now how does race factor into that? It doesn’t. “Systemic racism” the rationale for the left’s destructive treason is outlawed under the Civil Rights Act of 1964. The courts are not filled with suits over “systemic racism” because as every statistic regarding police treatment of blacks shows, it doesn’t exist. 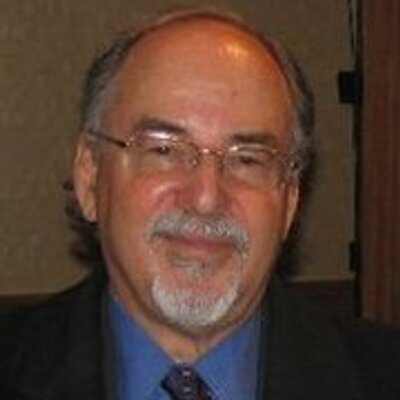 David Horowitz grew up a self-professed “red-diaper baby” in Queens – and was originally a founder of the 1960s “New Left,” and editor of its largest magazine, “Ramparts.” He later rejected progressive ideas and now is considered one of the preeminent activists and defenders of conservativism. Horowitz is the author of numerous books focusing on the radicalization of the left, particularly in the University setting. David is a founder and president of the think-tank the David Horowitz Freedom Center; editor of the Center’s publication, FrontPage Magazine; and director of Discover the Networks, a website that tracks individuals and groups on the political left. Cultural critic Camille Paglia has said of him: “rigorously unsentimental; one of America’s most original and courageous political analysts.” His latest book is “Blitz: Trump Will Smash the Left and Win”