Home / Out Now: Beabadoobee Channels the Uncomfortable into a Powerful (and ’90s-Inspired) New Album ‘Fake It Flowers’ 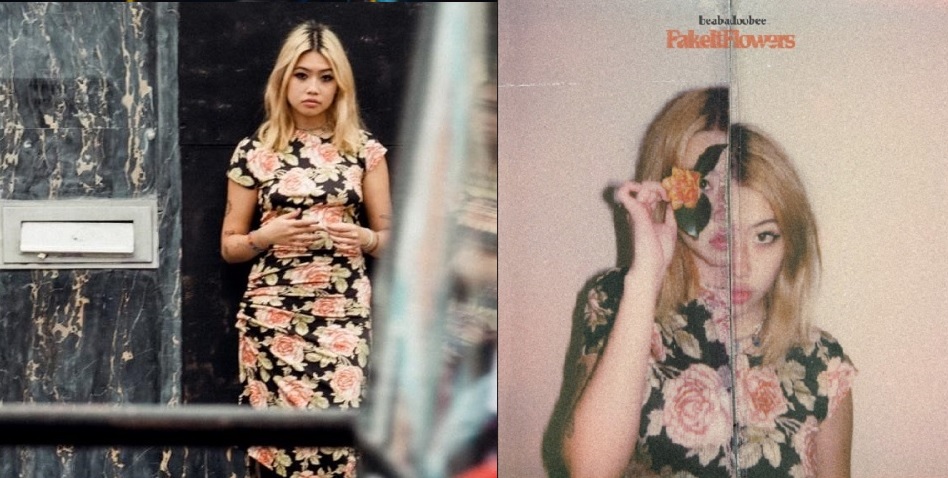 There’s an undeniable vulnerability and willingness to occupy a space of supreme discomfort that comes through while listening to Fake It Flowers, the debut full-length album from indie/rock singer/songwriter Beabadoobee (real name: Bea Kristi) — and, ultimately, makes the album such a powerful listen.

Released on Friday via Dirty Hit, the album comes after a series of head-turning EPs from the 20-year-old over the past few years, the buzz building enough to make Fake It Flowers one of the year’s most anticipated releases. Previewed in recent weeks with a number of songs, one thing was clear leading up to this release: Beabadoobee has an affinity for what came before — specifically, the angsty/grungy rock/pop of the 1990s, and frequently channels her self-reflective (and, often, painful) songs through that lens.

Such influence shines on songs like “Worth It,” which has its own music video reminiscent of a specific ’90s hit:

Beabadoobee’s musical aesthetic is confronting raw, uncomfortable emotions with defiant and cathartic songs. Take the chorus for “Dye It Red,” for example:

“Care,” the album’s opening track, was the first released from the album and sets the tone perfectly for what’s to come throughout the rest of the record … while also sounding like it’s out of the summer of 1996:

There’s a strong self-reflective streak throughout the album, a major element of the songs’ grab — and part of what’s made Beabadoobee’s music garner so much attention lately.

From the appropriately titled “Emo Song”:

You call me up, and lie again
Like all the men I used to trust
Nobody knows when I was young
I lost myself in cosmic dust

“Sorry” swells with subtle orchestral touches and an ominous guitar progression, paired with more heart-on-sleeve lyrics before the song picks up:

One song in particular, “Horen Sarrison,” struck this writer as a bit of a surprise — as it’s unexpectedly reminiscent of Silverchair’s grandiose, orchestral 2002 album Diorama, from the arrangements to Kristi’s voice:

Much like she did with her early songwriting, Bea Kristi began the process behind Fake It Flowers from her childhood bedroom … clearly a source of great inspiration for the songwriter:

“There’s something about the arched walls, and the weird smells, and the Tom Hanks posters, that frickin’ hits,” said Kristi in a statement. “Like, as soon as I walk into my bedroom I want to write something. Mistakes I made on tour correlated to what happened when I was young. It was like a pattern. I went back to a really dark time.”

Writing, she says, helped her through. “[Childhood] was a traumatic time. I’m still trying to get over it, with the help of therapy and with the help of people around me. It’s going to take a while but writing this album has helped a lot. Every song is so personal, I’m low-key fucking terrified to show it to the world.”

Well, it worked, as painful as the process may have been. Often, great art comes from times of exceptional personal turmoil, and that’s definitely the case. Fake It Flowers more than lives up to the expectations thrust upon it by Beabadoobee’s previous EPs, bursting with a creative spark and focus that validates the hype.

Ending the album is “Yoshimi, Forest, Magdalene,” which stands in stark contrast to the rest of the record with an aggressive, almost punked-up energy much in the same way Phoebe Bridgers ends her 2020 album Punisher with a bang with “I Know the End” — both indie records ending on a resonant note.

Now that Kristi has officially “arrived,” so to speak, it’ll be exciting to see where her career goes from here.

Listen to Fake It Flowers below, via Spotify: