Home / Making Rainbows Out of Something Painful: Arlo Parks Emerges with Debut Album ‘Collapsed in Sunbeams’

Making Rainbows Out of Something Painful: Arlo Parks Emerges with Debut Album ‘Collapsed in Sunbeams’ 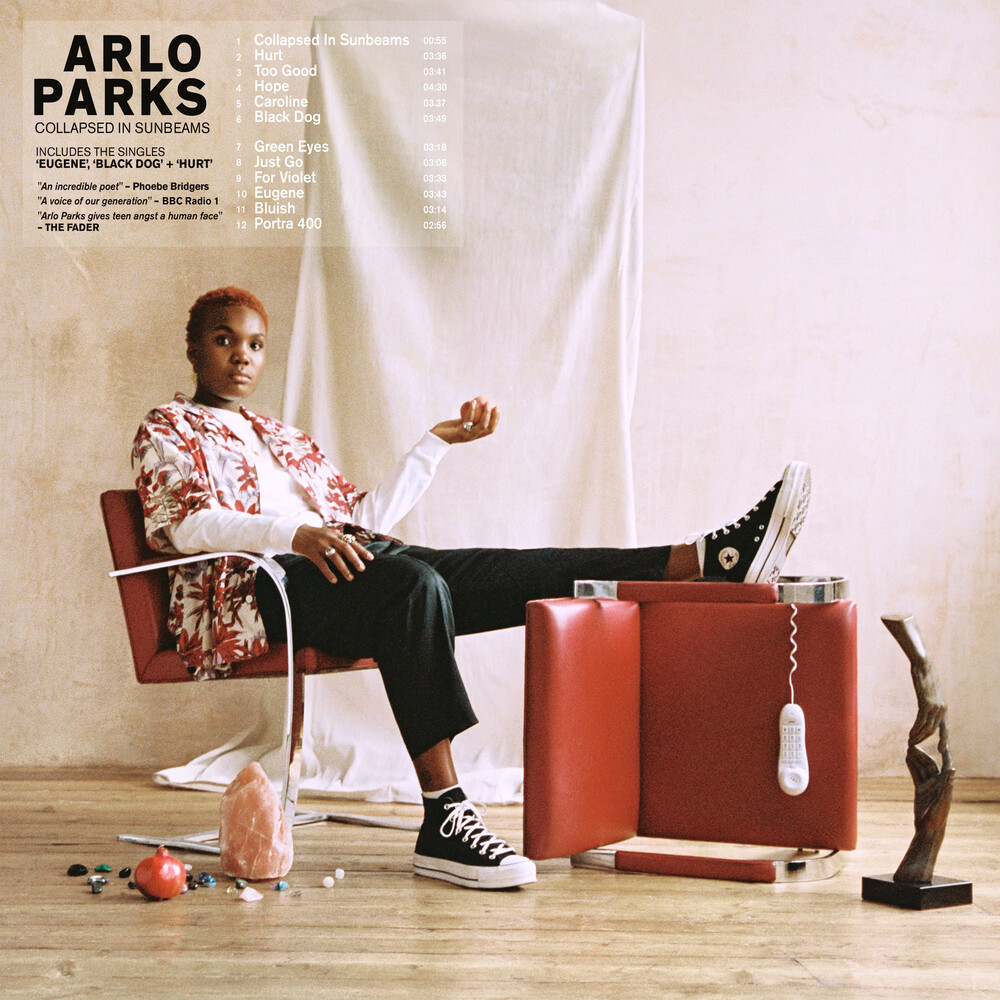 Collapsed in Sunbeams is the debut full-length album from Arlo Parks, a 20-year-old singer/songwriter from England that leaves it all on the table, so to speak, in the name of “making rainbows out of something painful,” to quote the album-closing “Portra 400.”

Parks’s profile has risen exponentially over the past year or so, with the single “Black Dog” picking up steam on indie radio around the middle of 2020 and ramping up anticipation for the record, her first full-length released on Friday via Transgressive Records.

There’s a raw, evocative element to Collapsed in Sunbeams that, paired with its top-shelf songwriting and lush production, makes it a must-listen for anybody interested in cutting-edge new music of the most affecting kind. Undercurrents of heartbreak and uplift are at work throughout, and these disparate themes give the songs a singular resonance.

Collapsed in Sunbeams is out!! It’s available on @Spotify & they’ve kindly made me the face of some incredible playlists. It feels so good to have this level of support for something that means so much to me. Thank you 🥺 Buy/Stream via the link below 💞 https://t.co/XyqkGJUZGg pic.twitter.com/2HMslgfa4f

Said Parks of the song to Apple Music:

“I remember writing that song and feeling so confused and helpless trying to understand depression and what she was going through, and using music as a form of personal catharsis to work through things that felt impossible to work through.”

Collapsed in Sunbeams is the result of a collaboration between Parks and songwriter Gianluca Buccellati, who co-wrote and produced the record. Musically, the album blurs the lines between various genres, including “bedroom pop,” soul, R&B, and alt/indie. It’s a captivating listen from start to finish, Parks conveying messages of hope and community as she tackles her own personal demons.

Take the wistful “we’re all in this together” concept behind “Hope”:

This is a special record from a gifted talent.

Listen to Collapsed in Sunbeams below, via Spotify.