The Shins Port of Morrow 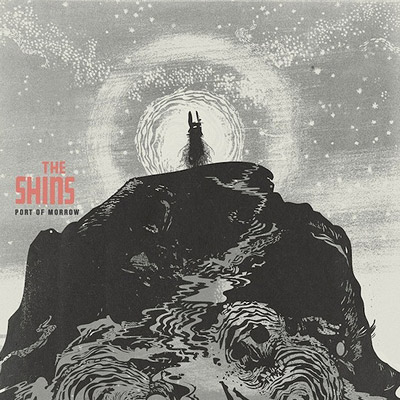 Port of Morrow, the first proper Shins album since 2007’s Wincing the Night Away, is arguably one of the best in the band’s career.
Of course, “the band” here mostly refers to songwriter James Mercer, who has more or less been responsible for everything Shins, since he’s the only musician to be in the band the whole time.
Listening to the album, you can tell that Mercer’s work with Danger Mouse in the project Broken Bells influenced the new Shins material, as the songs have more of a groove and percussive feel than some of the stripped-down melancholia of the past.
Opener The Rifle’s Spiral sets the tone amicably, wispy atmospherics swirling around in the background while Mercer’s familiar voice drives the song’s solid melody.
Simple Song, the first single, is your average Shins single, whimsical notes and quirkiness flittering about in a tune of the sort fans have come to expect over the years.
It’s Only Life boasts one of the album’s strongest melodies, an affirmative song about how life doesn’t have to be so bad, Bait and Switch employs some smooth synth and staccato guitar bursts, September is a dreamlike ballad with Beach Boys-inspired harmonies, Fall of ’82 calls to mind Joe Jackson, and the rest of the songs alternate between slightly up-tempo indie rock numbers to sprawling vehicles showcasing Mercer’s vocal range.
In all, Port of Morrow is better than some may have expected, since Mercer is the only constant throughout Shins releases, but he shines on this new record. If you haven’t yet, give it a spin. 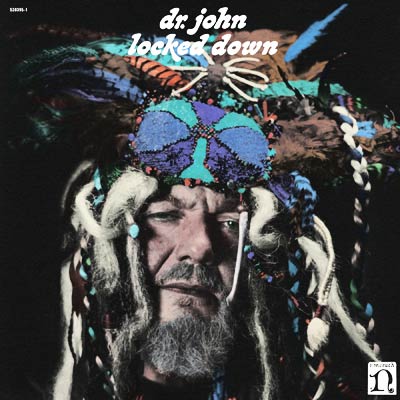 It’s fitting that Black Keys front man Dan Auerbach produced Dr. John’s stellar new album, Locked Down.
One of rock ‘n’ roll’s brightest songwriters, teaming up with an icon who is presumably one of his own musical heroes – it’s just perfect.
And the album? Well, the album is incredibly solid. Dr. John is 71 years old, but he sounds as fresh and vibrant as ever, partly due to Auerbach’s musical direction, which helps the album veer across genres, touching on soul, funk, gritty New Orleans sass and blues-rock, making Locked Down sound as fresh in 2012 as it would have decades ago.
Revolution, with its dirty horns and r&b stomp, has tones of Black Keys-ian flare, again emphasizing Auerbach’s presence. On Big Shot, Dr. John says there ain’t gonna be/another big shot like me, and he isn’t lying.
Meandering keys accentuate the funky Ice Age, while Getaway’s punchy keyboard lead creates quite a solid rhythm. Eleggua seems a perfect candidate to be sampled by a hip-hop song in the future, its super old-school beat the star of the show.
More than anything, Locked Down is an “album”, in the truest sense of the word – sitting down with this record and spending an hour with it would be the best way to take it all in.
He may be 71 years old, but Dr. John is still a formidable musical threat – his voice sounds great, and these arrangements are the best vehicles possible to showcase his talents.
Locked Down is a solid album from a legend, and you owe it to yourself to pick it up. 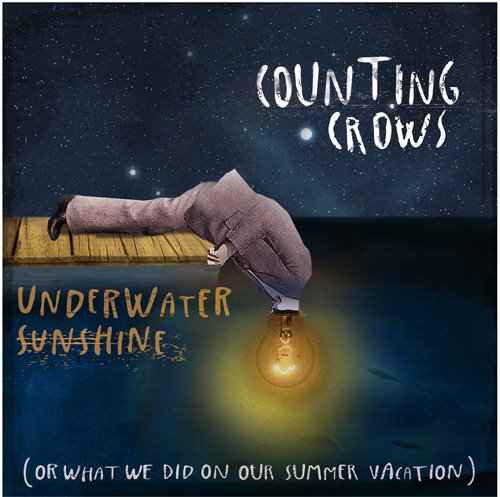 Counting Crows have endured well past the shelf life many figured they’d have after archiving MTV success with 1990s singles like Mr. Jones, Round Here and their cover of Big Yellow Taxi.
Their latest release, Underwater Sunshine (or What We Did on Our Summer Vacation) is a collection of cover tunes from over the years, released by Cooking Vinyl and featuring artwork designed by fans.
Musically, you know what you’re getting – adult contemporary blues-tinged pop/rock with front man Adam Duritz’s unmistakable voice, backed by the talented core of musicians. As such, it probably won’t appeal to people who weren’t already CC fans, but oh well.
They picked an eclectic array of songs to cover, too – tracks by Teenage Fanclub, The Romany Rye (the album’s lead track, Untitled (Love Song)), Fairport Convention, Dawes, The Faces, Travis, Bob Dylan & the Byrds, Gram Parsons, Big Star, the Tender Mercies, and more.
Highlight-wise, the Romany Rye cover is one of the strongest, the country-twang Amie a runner-up, while Jumping Jesus is a solid Tender Mercies tribute.
If you get your hands on the iTunes version, a fun cover of Madonna’s 1980s pop anthem Borderline is included as well…and it’s a shame it wasn’t on the standard version of the album, as it’s pretty fun.
One of the best covers is of Big Star’s The Ballad of El Goodo, which the Crows re-interpret with a bit more energy to close out the album in fine form.
Again, this album is unlikely to make you a Counting Crows fan if you weren’t already, but it’s a fun collection of some pleasant covers, mostly sticking true to the source material but occasionally delving into “re-interpretation” territory. 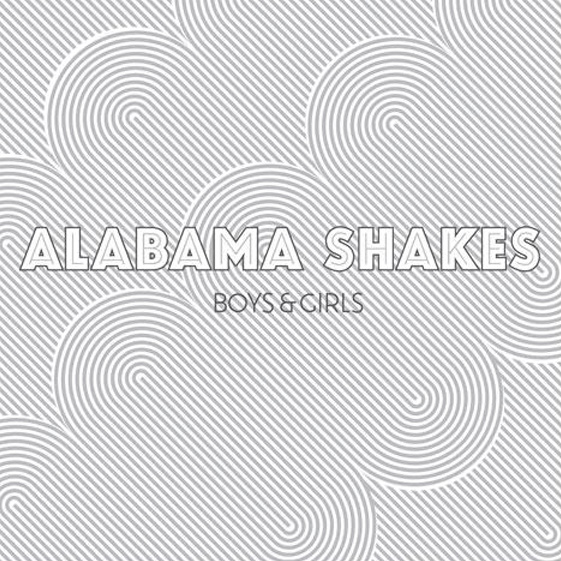 Alabama Shakes’ long-awaited debut LP, Boys and Girls, came out on April 10th, and man, was the wait worth it.
The Internet buzz machine picked them up in 2011 after the band garnered a ton of attention in their home state of…well, Alabama.
Simply put, their breed of Southern-inspired blues/rock is so authentic, so rich, and so moving that it might be surprising to some to realize that they’ve only been a group for three years.
Singer/guitarist Brittany Howard is the star, naturally, her otherworldly vocal chops infused with so much grit and passion that she calls to mind a younger Sharon Jones. Opening cut Hold On is one of the strongest, Howard’s personal lyrics reflecting the simple joy of being alive, while a smooth groove lays the groundwork.
On I Found You, a throwback soul jam that sounds transplanted from decades ago, a hard-charging blues-rock progression drives Howard’s echo-y vocals and establishes the song’s sense of urgency.
Other tracks, like the piano-laden Hang Loose, the laid back Rise to the Sun, the doo-wop-styled You Ain’t Alone, and the keyboard-accentuated Heartbreaker display the band’s versatility, demonstrating that yes, they are well worth the hype that has been swirling around them for most of the past year.
Jack White took notice months ago, releasing some special vinyl recordings via Third Man Records, and the matchup makes total sense: he champions old-school blues rock in a modern era, and one listen to Boys and Girls proves that Alabama Shakes are in it for the long haul as well.
Expect big things from these Alabama kids, they’re only going to get better from here on out. 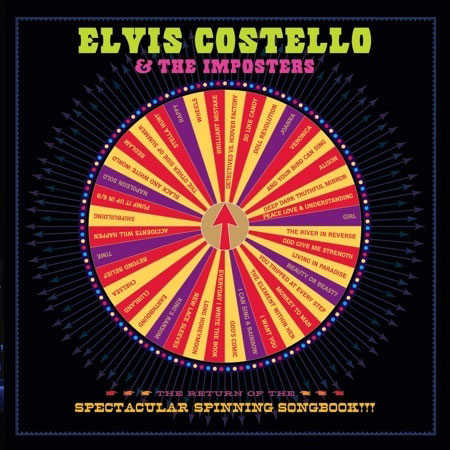 This live collection from 2011’s Revolver Tour shows off the reliable, unique performer that is Elvis Costello.
Disc One is a 16 track CD that offers obvious cuts such as Radio Radio and (What’s So Funny Bout) Peace, Love and Understanding, but also a few surprises like All Grown Up –which is introduced as never having been played live before– and a cover of The Rolling Stones’ Out of Time.
Highlights include a blistering, delay-ridden guitar solo in Watching the Detectives and a glorious, soul-bendingly tortured version of I Want You during which a lyric fumble leads into an improvised and intense bout of yelling.
Tear Off Your Own Head is unnecessarily sung by Susanna Hoffs of the Bangles, but whether this proves to be a disappointment is of course a matter of taste.
Disc Two is a DVD with a few songs swapped out for a slightly different set list, but also was recorded at the Wiltern in Los Angeles.
The set up is brightly colored and most intriguing, with the giant Spinning Songbook wheel and the bizarre inclusion of Miss Kitty Meow, a go-go dancer in a bird-like cage.
Elvis prowls the stage in a top hat as his longtime character Napoleon Dynamite, and a hired hand roams the aisles plucking victims to spin the 40-song wheel.
When God Give Me Strength is chosen the front-man steps down to zigzag through the audience, delivering an impressive and sincerely moving vocal.
Equally as impressive are his solos for Stella Hurt and Earthbound. Perhaps it’s easily forgotten that Costello is as an accomplished lead guitarist as he is singer and songwriter.
The Imposters shine throughout, seasoned and seamless.
There’s a touch of fun here – an element of extra creativity and spontaneity added to a batch of timeless and beautifully-crafted songs, turning a potentially mediocre collection into one highly enjoyable and engaging.