Alan Kozlowski, an acclaimed musician/photographer/cinematographer whose career spanned decades and earned him esteem throughout the artistic community, has passed away at the age of 72.

His work adorns the walls of SOhO Restaurant in Santa Barbara, California. Here’s a video tour of the photo exhibit, featuring Kozlowski and Jeff Bridges:

Friends….In following up after sending out the short artist portrait film last week, we would like to share with you this 13 minute tour of my exhibition of music portraits at the SOhO Music Club in Santa Barbara that we recently filmed with my Dudely Lama brother Jeff Bridges. Hope you dig it.

Kozlowki’s official website includes a detailed look at his career and accomplishments:

Alan showcased his talent as Director Of Photography in the visually stunning film “For Us The Living: The Medgar Evers Story” (1983 Directed by Michael Schultz, starring Howard E. Rollins Jr., Irene Cara, Laurence Fishburne, Roscoe Lee Browne) and the majestic award winning film “Travellers and Magicians” (2003 Directed by Khyentse Norbu website www.travellersandmagicians.com ). The latter opened at the Venice and Toronto film festivals to critical acclaim and won the Best Of Festival award at the 2004 Telluride Mountain Film Festival.

One of the most transformative moments in Kozlowski’s life and career was his experience studying music under Pandit Ravi Shankar, an experience which formed a strong bond between the two and led to several performances together in later years (also from his official website):

As a life-long seeker of knowledge, Alan began studying music with Pandit Ravi Shankar in 1978. He has performed with Ravi worldwide at Carnegie Hall, The Kennedy Center, and London’s Royal Opera House. Since 1978, Alan has actively documented the major milestones of Ravi’s life and has managed his visual archives. To commemorate Ravi’s 75th birthday, Alan co-produced with George Harrison “In Celebration,” a four-CD collectors edition of Ravi Shankar’s works. In 1993 Alan directed “Ravi Shankar: The Concert For World Peace” performance at London’s Royal Albert Hall, released world-wide by A&E. 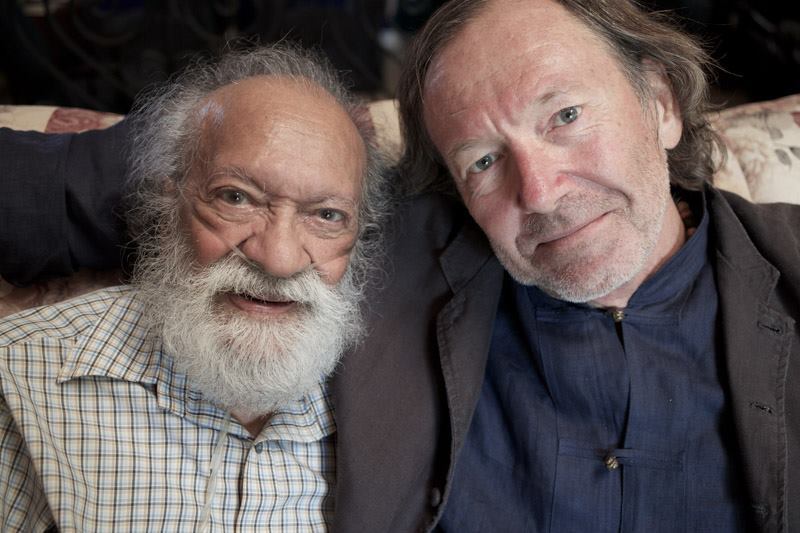 For Ravi’s 80th birthday, Alan produced and edited “Sangeet Ratna”, a documentary of the life and work of Pandit Ravi Shankar featuring interviews with Phillip Glass, Zakir Hussain, George Harrison and extensive concert footage spanning several decades and an updated visual piece was included to commemorate and honor Ravi on his 90th birthday in April 2010.

May Alan Kozlowski rest in peace. Click here to view his amazing photography at his official photography website.