Home / Heads Up: AC/DC is Teasing Something on Social Media … is a Comeback Imminent?

Heads Up: AC/DC is Teasing Something on Social Media … is a Comeback Imminent? 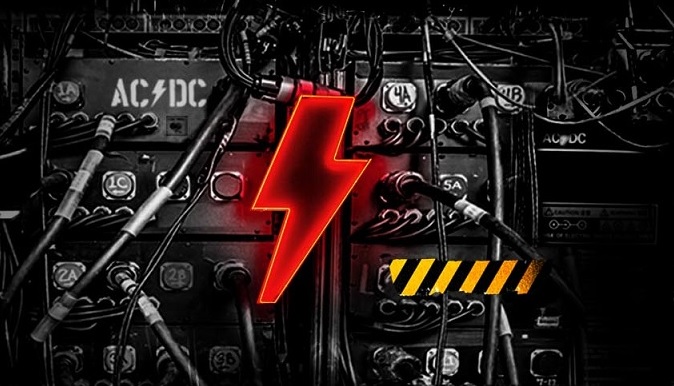 You know that look when a lightbulb flickers and sputters as it’s turned on for the first time in a while, coming back to life after a long time left in a dusty garage or storage box? AC/DC dropped a cryptic post on social media early Monday morning, and it’s very much along those lines:

The ol’ AC/DC lightning bolt roaring back to action as a neon sign is quite an intriguing way for the hard rock legends to suggest they have some big news in the works.

What might it be? Back in late July, the band’s crucial 1980 album Back in Black celebrated its 40th anniversary, so it’s presumably not related to those festivities.

Could it be a new album? The most recent album from the band was 2014’s Rock or Bust, the band’s 16th studio album to date.

Online rumors ran rampant last week after a series of photos — featuring featuring vocalist Brian Johnson and Phil Rudd — briefly surfaced on the band’s official website before being taken down. Johnson left AC/DC in 2016 due to extensive hearing loss issues, while Rudd was replaced on one of their recent tours due to various legal issues he faced in 2015.

“This is gonna be a miracle of technology,” Snider told ABC Radio. “What will be achieved, the reuniting of the band that we know for one more album, is gonna to be uplifting and heartbreaking at the same time. Because nothing goes on forever. But this is the ultimate ‘one more time.'”

So it’s pretty obvious that something is up … we just don’t know what, exactly, it is … yet. Stay tuned.