Home / From the Basement to the Recording Studio: A Personal Musical Travelogue

From the Basement to the Recording Studio: A Personal Musical Travelogue

For many aspiring songwriters/musicians, the idea of going into a professional recording studio to work on their songs might seem far-fetched, cost-prohibitive and an implausible dream. Certainly, there are hurdles that to the uninitiated would appear to be insurmountable, but it can be done!

Here’s my story about how, with the help of OCL Studios, I was able to work with some stellar musicians, record a couple of my own songs, and turn a basement dream into reality.

From the Basement to The Recording Studio: A Personal Musical Travelogue

I’ve been playing music and writing songs for pretty much all my life. With nary an aspiration of being the next musical ‘anything,’ writing songs has been a way for me to express my opinions, a way to release emotions. Over the years I’ve had the opportunity to sit-in on recording sessions and a couple of times, and have even had the chance to put together rough demos of my songs, mostly just for fun.

In the summer of 2018, an opportunity was presented to me to record a couple of my songs with session musicians, including a Juno Award-winning producer, at world-class recording studio. Saying ‘no thanks’ to this gift horse was out of the question. Furthermore, when I was also asked to write a story about the experience, I excitedly dove in!

It was Dan Owen, owner of OCL Studios, that first approached me about the project. Dan suggested that my experience, both the recording and the story writing, might be useful to artists, and also help the average music fan understand what it was like to take a song from birth to the recording studio.

Dan set up all the connections, and I met with producer/engineer/guitarist Russell Broom. Russ has worked on hundreds of recordings and is also the recipient of multiple Juno Awards (the Canadian equivalent to the Grammy). We chatted casually over a coffee, and he asked me to send him some of my songs. Since this was never planned to be a full album, we focused on selecting two songs from the batch I would send.

The hard part for me, and any songwriter, was deciding on which songs should make the cut. I’d collected many songs over the years and had established an emotional connection to many of them. I sent Russ five songs and left it to him to make the decision. Russ initially selected two fairly recent songs. Then on a whim, I sent him another song, one that I’d written decades ago, that I’d always felt had promise. After hearing this aging nugget, Russ said, “We should bring this song back. It’s really good.” I was happy that he also saw something in the tune.

The first step in the process was for Russ to get a feel for the songs as I lay down a guide vocal. I met him at his mini studio to record the bed tracks along with my acoustic guitar as accompaniment. Even though it was just two songs, the process took a couple of hours, with Russ pushing to ensure that we got the best representation of the songs. These were baby steps, but they showed me Russ’ perfectionism at work. Next in line would be to meet at OCL Studios with the musicians to start building the songs. 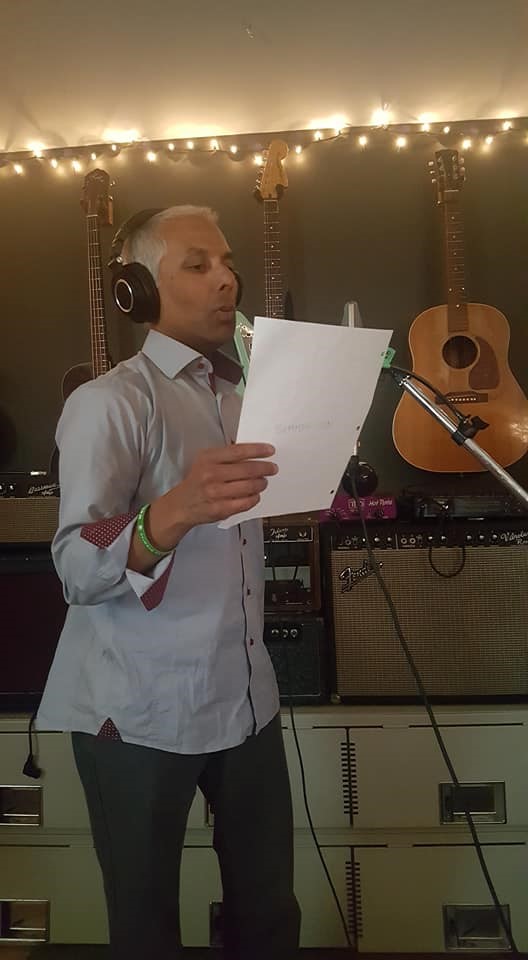 OCL Studios sits just outside of Calgary in nearby Langdon, on a bed of pristine property. It is regarded as one of the top recording studios in Western Canada not only for its state-of-the-art equipment but also because it is a ‘fully-equipped’ home. Its amenities allow the artist to live at the residence to work on their art. While I’d been to the studio many times and even had the opportunity to do some recording there, I knew that this time would be different. 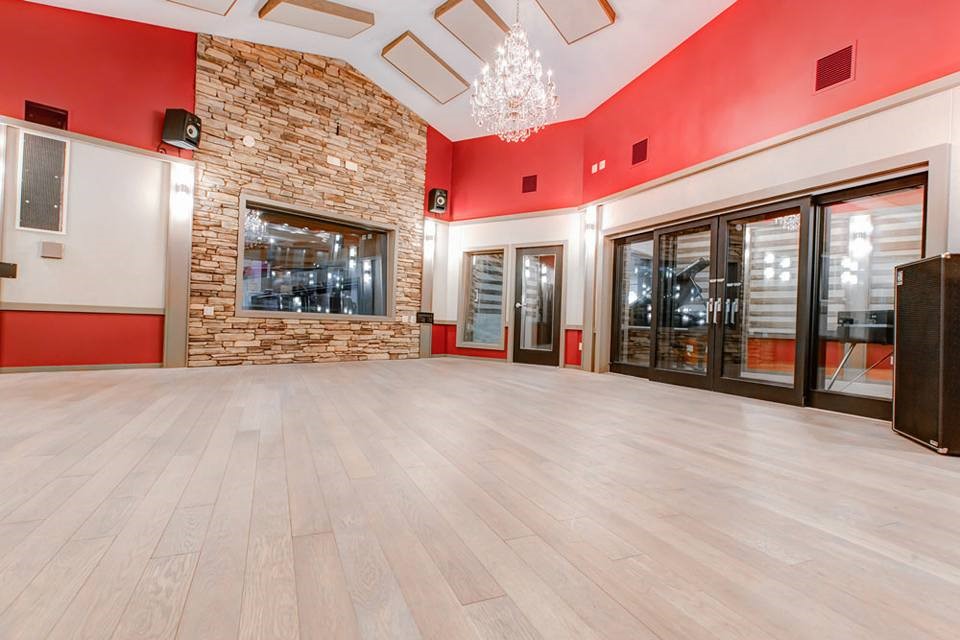 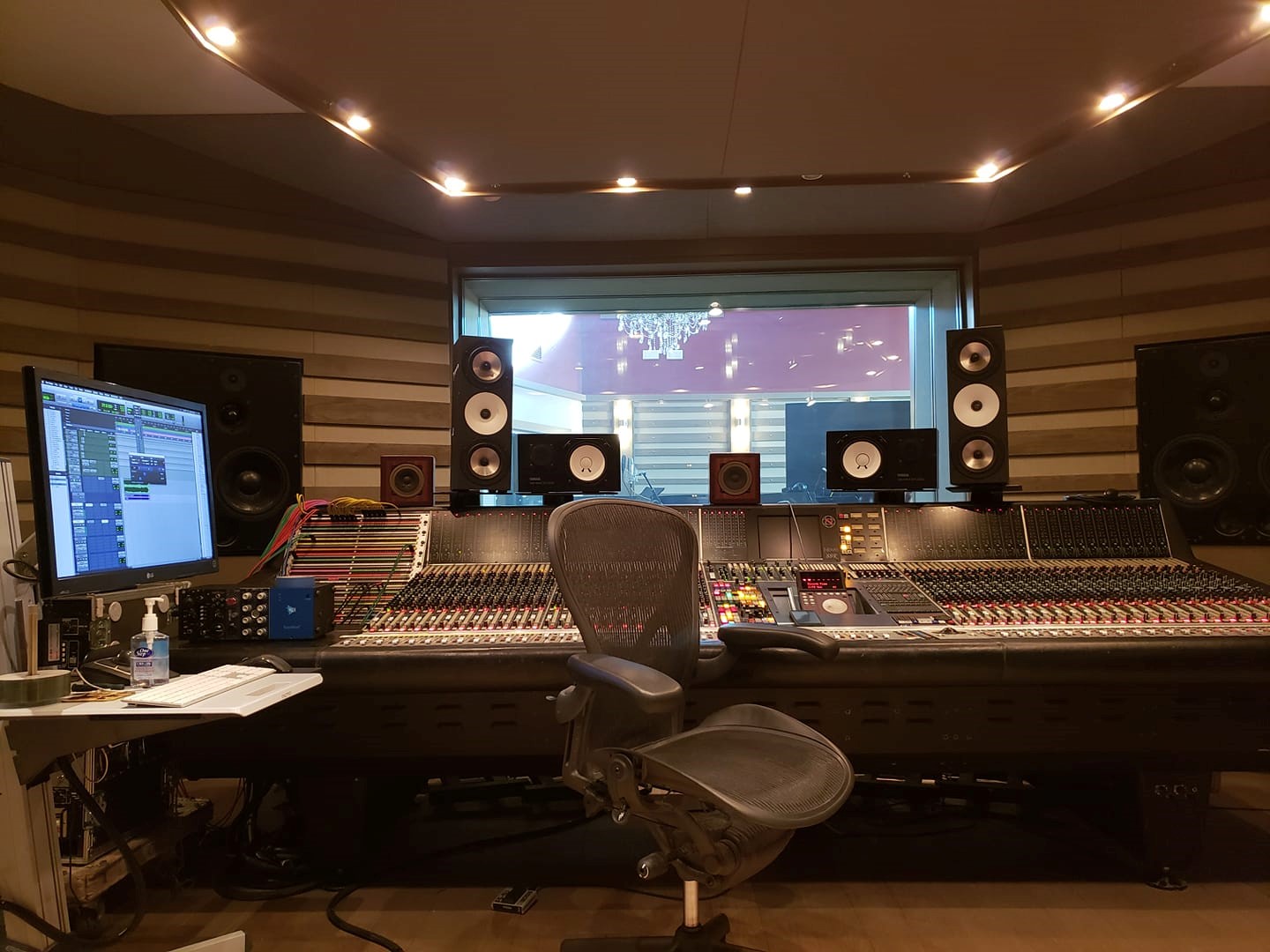 I’ve always had affection for the studio musician. Some of my favorite musicians still are Carol Kaye, Glenn Campbell, and Hal Blaine — those that formed the Wrecking Crew, as well as, Danny Kortchmar, Russ Kunkel, Leland Sklar from the Section.  These were musicians that were so in-demand, they played on thousands of recordings. Look ’em up! At OCL this would be my first hands-on experience watching professionals at work.

As I was soon to find out, the day of the studio musician might have a defined start time, but it has no finite end. Whatever needs to be done gets done, and the clock is piece of furniture that really doesn’t exist. When you sit-in on the recording process, you not only receive an education but also an appreciation for the level of preparation and the focus of the studio musician. There is a dedication and an attention to perfection that needs to be seen to be truly understood.

As an experienced musician and producer, Russ offered an explanation as to how the studio musician establishes an emotional connection to someone else’s music: “The ability of the studio musician to capture and manipulate something at random, is easily misinterpreted. The musician looks for sparks that send them on an inspired path.”

And to prove his point, Russ assembled a ‘who’s who’ of Calgary musicians to play on my songs:

Adding to the talent were OCL’s in-house producers/engineers,Josh Rob Gwilliam, and Brennan Kennedy.

We all congregated to throw together ideas for the songs. Drummer Lyle Mozlan, who currently plays with country artist Dean Brody, offered his opinion about how he approaches sessions: “A song can take on a life of its own when it is put in the hands of someone who hears it for the first time,” he said. “It takes a skill to be able to come up with parts and new ideas every day. I welcome those challenges.”

Chris Byrne, a member of the Road Hammers, added, “Every artist has a different vision, and seeing it to completion is a test. It’s our job to ensure that we can help the artist complete their vision.” The musicians all agreed that part of the fun for them was learning the songs on the fly. Keyboardist Brendan Waters: “In a vacuum you’re stuck. Hearing things for the first time, you get inspired and feed of what the others are doing.”

That fun can also create pressure because everything is under a microscope. The artist is watching and listening to see if their song is being captured properly. Russ explained, “We understand the ask and there’s a certain pressure, but you learn to react, form and shape. It is up to the musician to colour the song.”

At my core, I am a melodist. I grew up listening to artists like the Beatles, Eagles, Raspberries — artists whose songs were rooted in strong melodies that stuck in your head. For me, the melody has to grab my attention and make me take notice. If it does that, I’m likely hooked on the song. When I write, I concentrate on trying to put together a strong melody. It’s the base and the most important aspect of the song, in my opinion.

The first song that we worked on, I had written on a cool fall day. The skies were overcast, and I was watching the summer fade away. I had the Beach Boys in my thoughts when “Summer Sun” germinated in my brain. Over the years I’d recorded rough demos of this song with me singing all the parts, so I had a very clear map of the sound in my head.

Each of the players were given the basic structure of the song as well as my guide vocal. When I was asked if there was something specific I wanted to hear, I replied, “Give me some of that Carol Kaye Fender Precision bass and the surf Strat sound on guitar.” Russ added, “Why don’t we do a Beatley vibe and throw the Beach Boys on top?” The Beatles and the Beach Boys? Heck, you don’t have to ask me twice!

Almost instantly the song took shape. As we listened to the playback, each musician nodded their approval, and Russ commented, “That fill coming out of the breakdown was THE best!”  I was extremely flattered that everyone seemed to be enjoying my song. 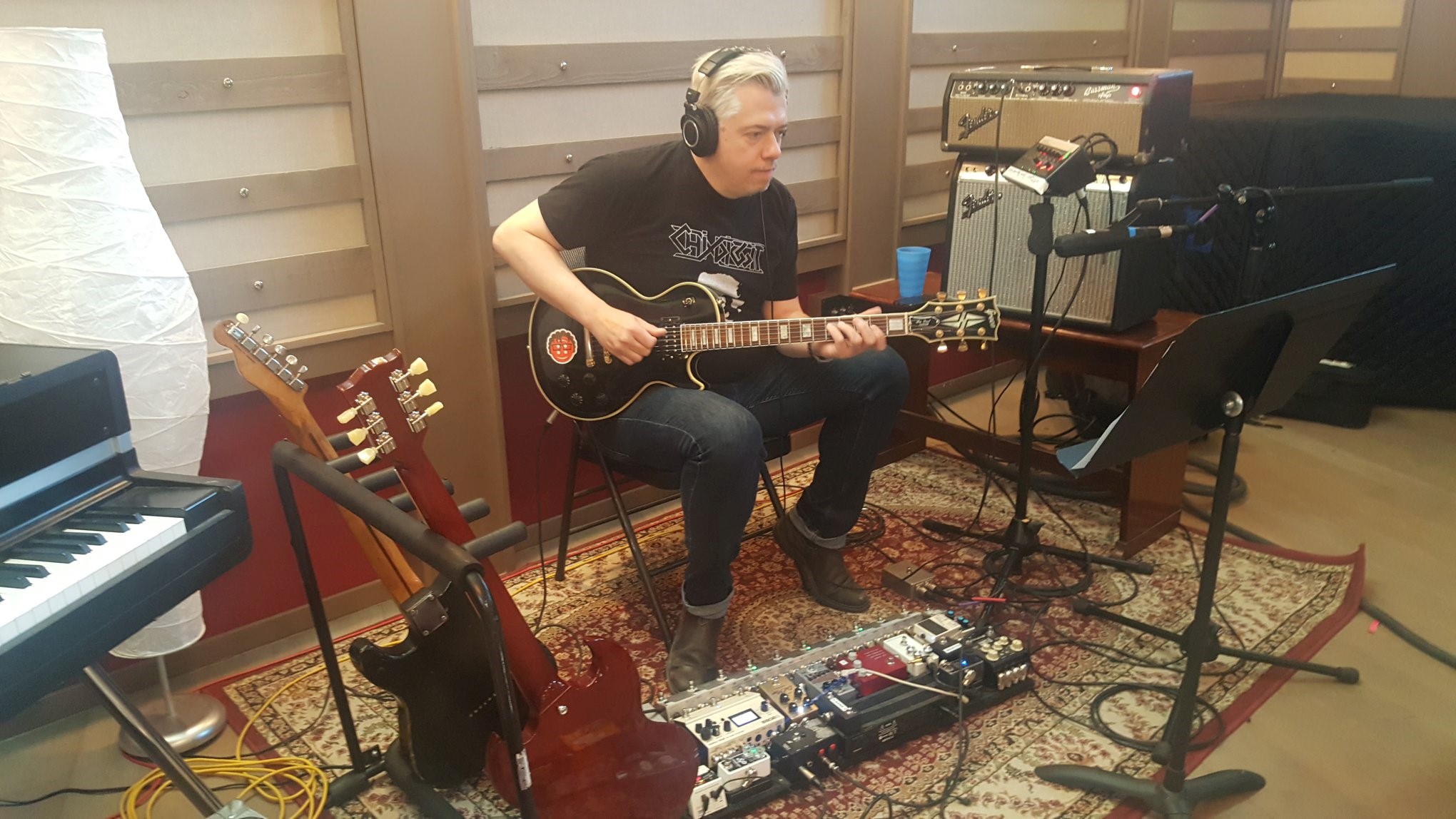 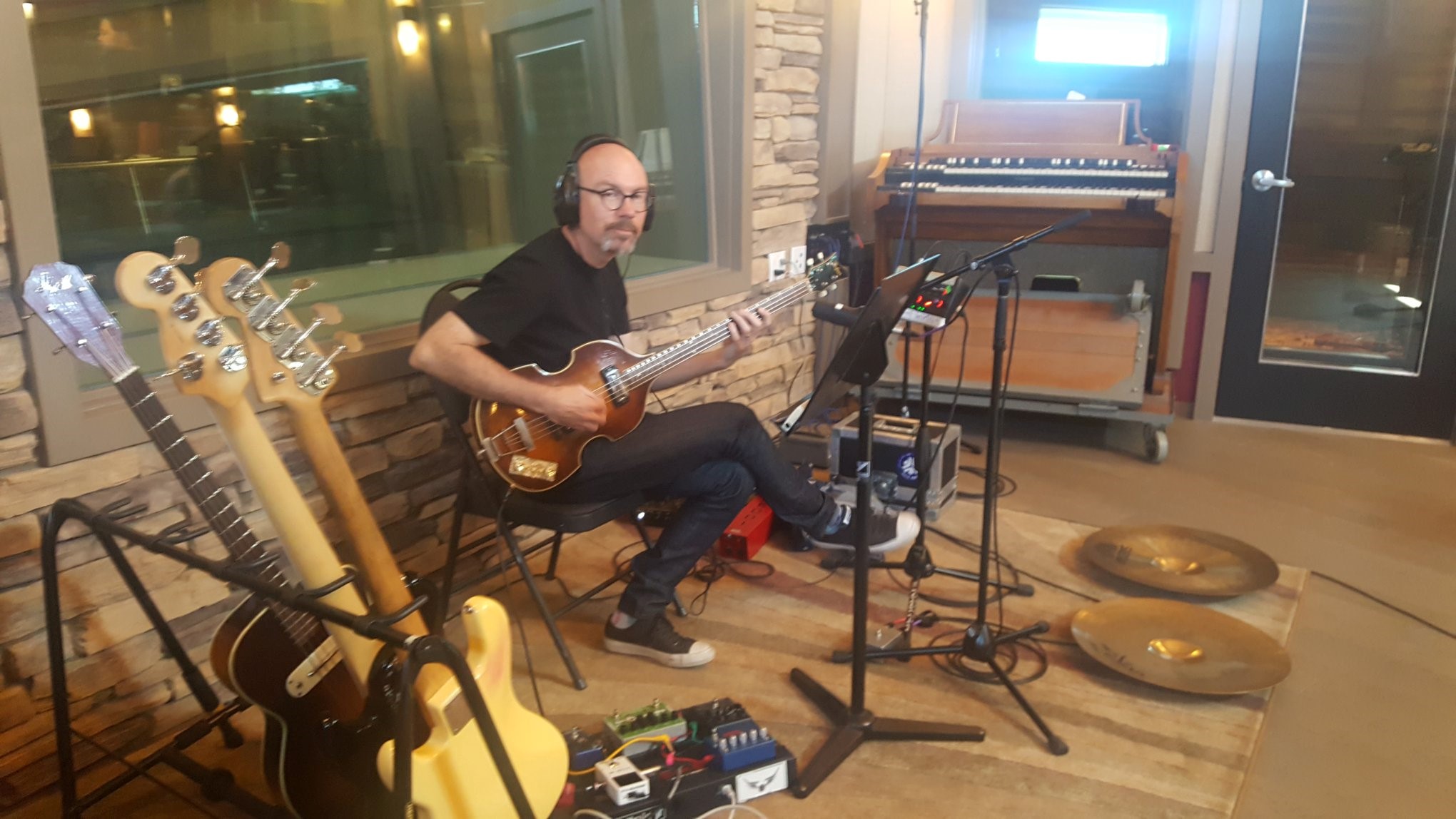 The second song, as I mentioned, was decades old. It was a song of hope and a proclamation of faith. In its original form, “Share the Love” had a reggae-Caribbean, funky feel. I played Russ two versions of the song — one that reflected my original vision, and another that followed a more ‘rock’ style. Russ suggested that we go with my original arrangement.

Once more I was asked what I wanted to hear. I explained that in my head, I heard the keyboards and bass as the driving forces. Brendan took my suggestion and asked, “Should we do a Wurlitzer Billy Preston feel?” Bingo — Billy Preston goes Caribbean! Lyle gave the song what he called “that Ringo feel,” by placing towels on the top of his toms; Chris threw in an incredibly melodic and infectious bass groove that helped propel the song. When Russ added some beautiful guitar textures, it completed a picture-perfect coloring. We added some handclap percussion to shape the song and bring it into focus. To see everyone grooving to my song during the playback was quite a high. Brendan commented, “This song is so much fun!” 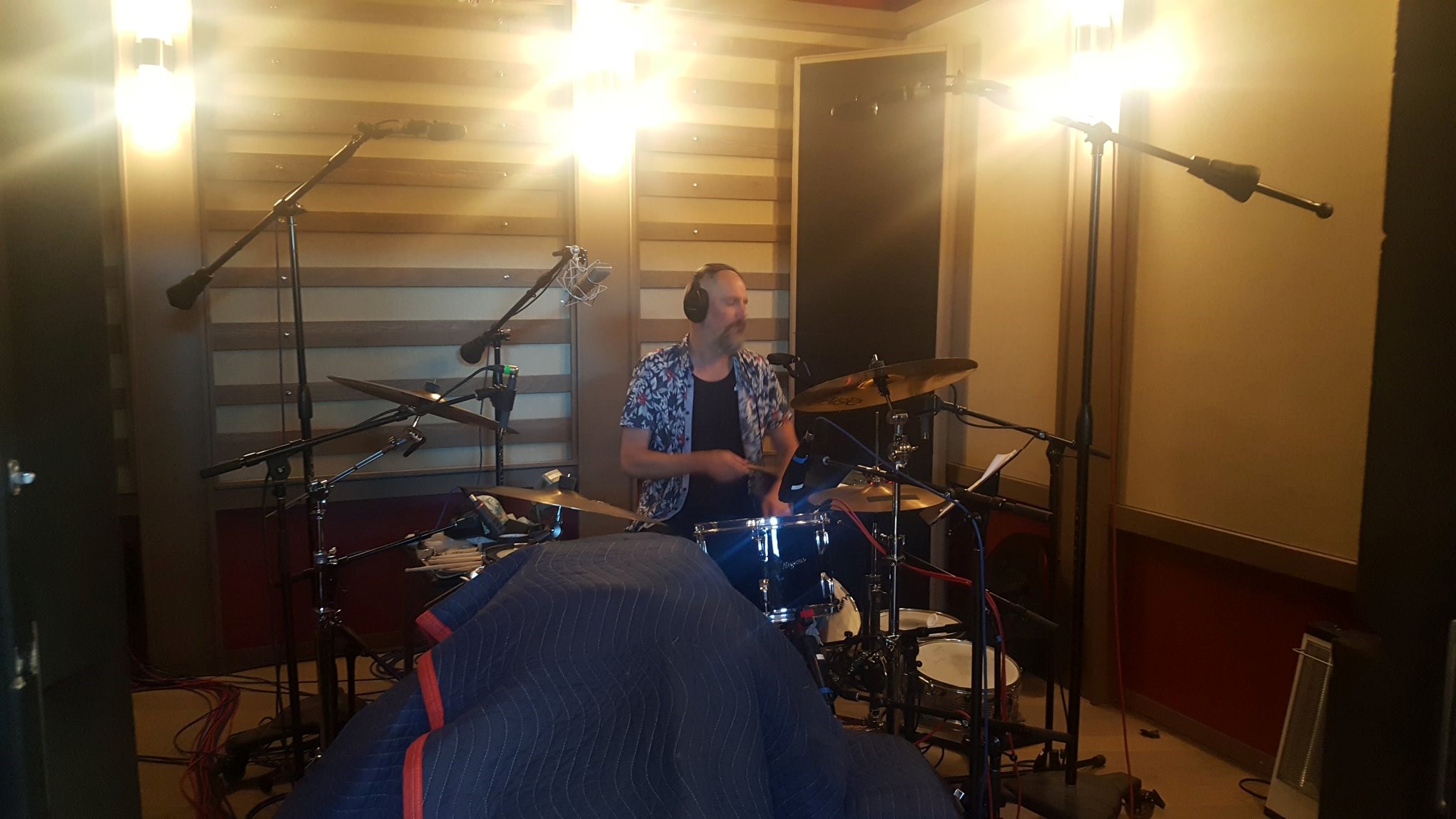 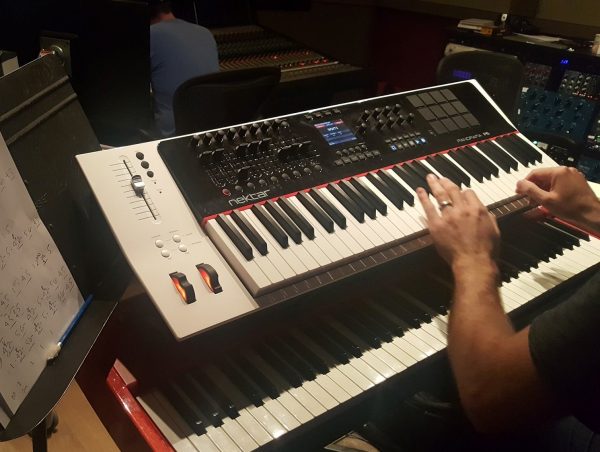 A few weeks later I was at OCL again, this time with vocalists Katie Stanton and Scott Henderson, as they helped supplement the background/harmony vocals on both songs. When everything was completed, my tunes had come to life! 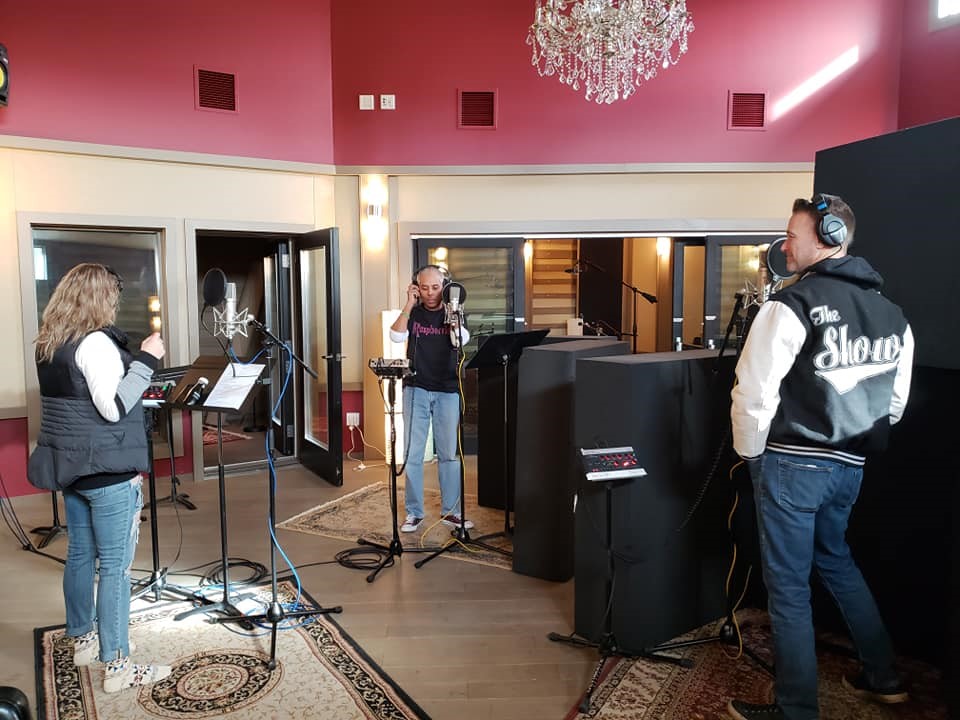 The entire recording experience while at times intimidating was a joy to behold. It was incredible to watch as the musicians breathed new life to my songs — songs that while they came from my heart, I had probably taken for granted. One thing that I gathered from my time in the recording studio was an increased admiration for the dedication to craft by the musicians. As Brendan said, “Studio musicians can’t come in and not care. To be given the chance to create something that excites people is fulfilling.”

So, what does this mean to you the aspiring songwriter? I was able to go to OCL Studios with rudimentary knowledge and understanding of the recording process. I listened and I learned valuable lessons. The key here is, you shouldn’t think that a similar opportunity isn’t available to you. Don’t think that the task or the dream is daunting. It’s all about the music, and the music is yours. The chance to let the world hear your music is also yours. The world is waiting! 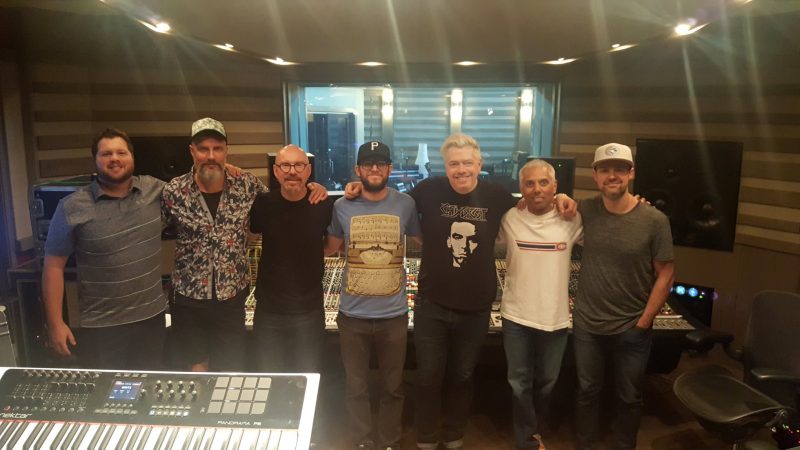 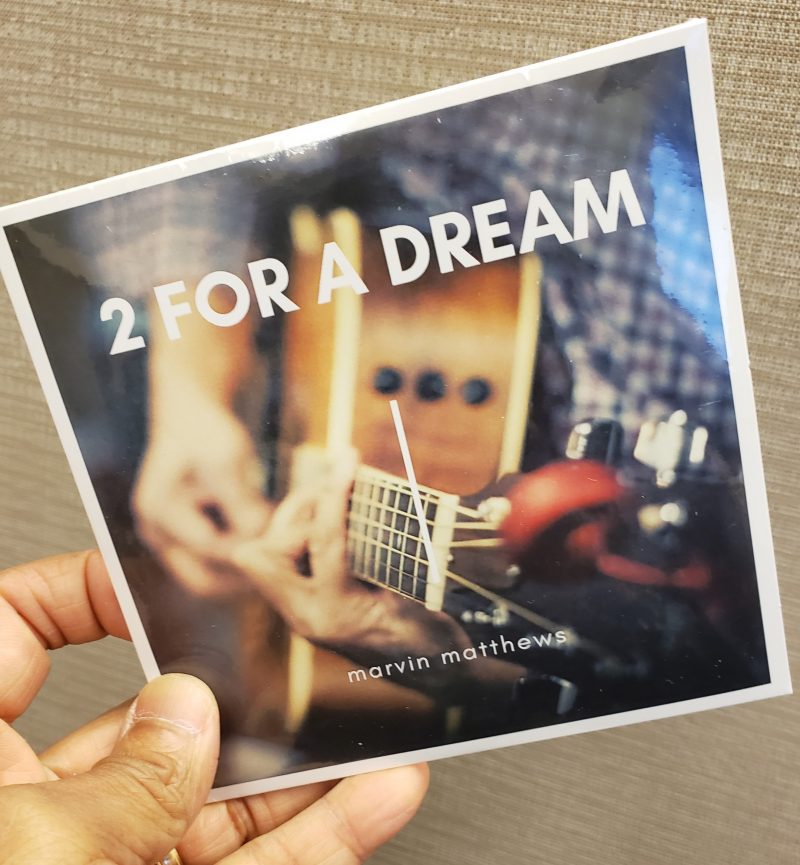 *All proceeds from the sale of this 2-song cd are being donated to I Can Dream Theatre (https://www.icandreamtheatre.com/), a charitable organization founded in 2011 in Montreal. The organization’s primary purpose is to provide adults with special needs opportunities to develop their talents in the performing arts. 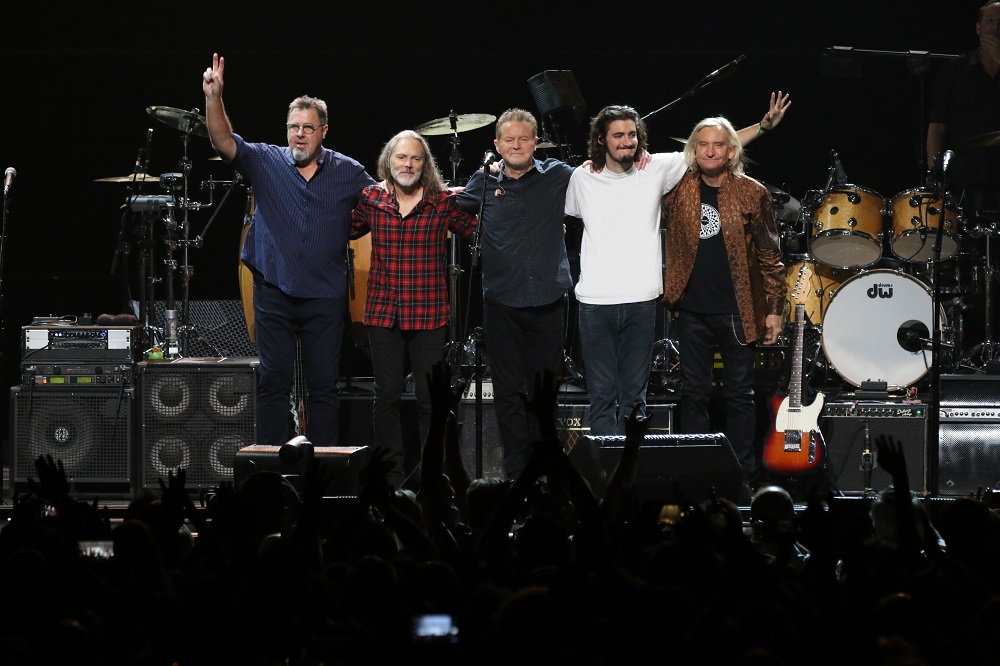