When you put on a 311 album, you expect to hear a certain sound: The dual vocals of Nick Hexum and Doug “S.A.” Martinez, Slick, Grateful Dead-inspired guitar riffs from Tim Mahoney, inventive bass lines from Aaron “P-Nut” Wills and the steady and at times complex drums from Chad Sexton.

For three decades, the alt/rock/reggae band has remained true to its sound and musical vision, rarely venturing in what some might call more “contemporary” directions (at least as it pertains to the mid-1990s flavor that has accentuated 311’s music for years) — but on the band’s new album, Voyager, there are a handful of tracks that indicate they’re open to new things. The others find the band in its stride. It’s an intriguing dichotomy, for sure.

“Stainless” nears prog-rock territory with its spaced-out introduction and will keep you guessing as it slams ahead through some aggressive parts — finding the band at its most confident:

While “Space and Time” is pure groove:

This is the band’s 13th album and the follow-up to 2017’s Mosaic, a record that featured dual production from Scott “Scotch” Ralston and John Feldmann. The disparity of sounds between Ralson’s productions and Feldmann’s was stark, especially on tracks like “‘Til the City’s On Fire.”

Voyager brings back the same two producers, and this time the Feldmann songs are a bit more … palatable, in the sense that for the most part they retain 311’s “signature sound” a bit more noticeably than the Mosaic tracks did.

“Dodging Raindrops,” for example, might alienate longtime 311 fans a bit with its approach and pop sensibilities that call to mind mega-successful contemporary acts like Twenty One Pilots (and features a riff interpolated from Marshmello and Khalid’s hit “Silence”), but there are elements of the band’s traditional sound buried beneath the production flourishes.

Admittedly, it’s strange to talk about 311 songs featuring significant contributions from big-name outsiders, but on this track in particular, it works.

However, for devoted fans of 311’s catalog, there are some inarguable highlights on this album that fit right in alongside classics from the past. 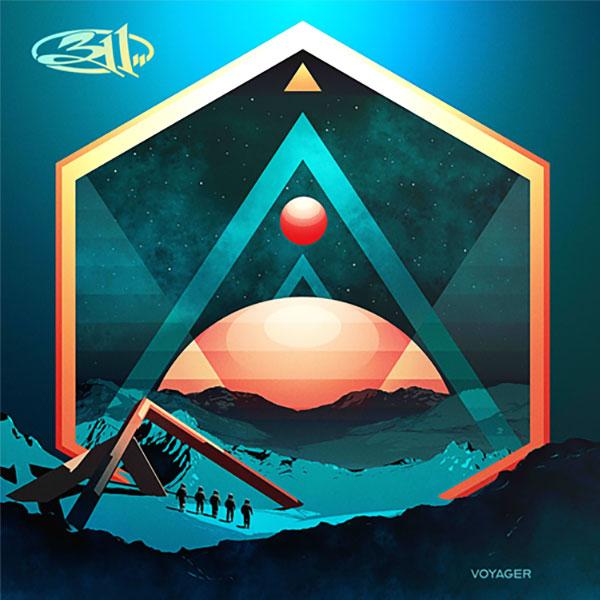 Namely, “Charge It Up” (try to hear the subtle bongo drums (!) in the chorus), “Rolling Through,” “Better Space” and “Dream State,” which each call to mind high points of celebrated albums such as 1999’s Soundsystem.

“Born To Live,” one of the collaborations with Feldmann, features a driving riff and soaring chorus, but feels the most like 311 attempting a crossover hit of the pop-oriented efforts on the album. It’s an interesting composition, for sure, but it doesn’t necessarily retain the “signature sound” mentioned earlier (and featured elsewhere on the rest of the record).

These forays into more “pop” sounds might pay off, or they might not — the current music landscape is a tricky beast — but it’s hard to fault them for trying.

13 albums into their career, 311 is still as hard-working a band as any in the “alternative” scene — and though it’s a vastly different musical landscape now than the mid ’90s and “rap-rock” is widely considered a relic of the past, 311 continues doing its thing. To that end, tune in to the band’s live webcast Saturday night for Voyager‘s album release show:

While the more “mainstream” songs do contrast strongly with the rest of the album, the band quite clearly still hits its stride when it wants to.

30+ years into a band’s career, what more could you ask for, really?

The Life of a Match: Preview ‘Bleeding Audio,’ a New Doc Chronicling the Rise and Fall of Mid-2000s Band The Matches